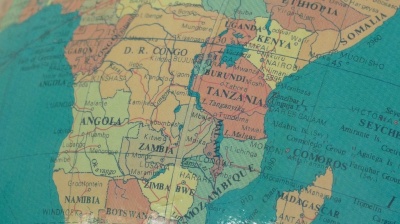 Almost four million people are enslaved in Africa, News24 reports. For every 1,000 people in Africa, 29 worked as forced labourers in 2021, and most of them were children and women.

In the Sahel region, children are sent out as beggars by their families and religious teachers, the report says. In Africa's conflict zones, there is an increase in the number of child soldiers and sex slaves.

The report, titled ‘2021 Global Estimates of Modern Slavery: Forced Labour and Forced Marriage’, covered all continents. Africa had the lowest rate of slavery at 2.9% per 1,000 people. Arab states had a rate of 5.3% per 1,000 people, Europe and Central Asia 4.4%, and both the Americas, Asia and the Pacific had 3.5%.

However, in terms of population distribution, the report stated that 3.8 million people in Africa were experiencing forced labour, which was 14% of the global share, writes News24.

The increase was attributed to the Covid-19 pandemic and the economic shockwaves, job destruction and rise in poverty which accompanied it, leaving millions of workers worldwide in vulnerable situations.

The report highlighted the fact that an ever-increasing number of children were experiencing forced commercial sexual exploitation in areas of conflict such as the Democratic Republic of the Congo (DRC), South Sudan, Sudan, Mali and the Central African Republic.

In some African countries, like Benin and Togo, there are entrenched systems of domestic bondage involving children, where children in poor families as young as three are sold as slaves to wealthier families.

In Mali and Mauritania, despite some efforts to end child slavery, hereditary slavery practices affecting entire families persist in some areas. These practices see children starting lives in slavery in activities such as cattle herding, fieldwork and domestic work.

The report identified 20 countries globally where child soldiers are recruited in conflict zones. In Africa, the hotspots are DRC, Mali, Nigeria, Somalia, South Sudan and Sudan. Besides direct participation in fighting, children are often used as human shields, intelligence gatherers and bodyguards, as well as for landmine clearance.

In some parts of Africa, political and freedom of speech victims were jailed and forced to undertake hard labour, the report stated. The Committee of Experts on the Application of Conventions (CEACR), an ILO branch that deals with lobbying governments to ratify international treaties, has engaged the governments of Burundi, Algeria, Benin, Tanzania and Zimbabwe to stop these practices on people detained for non-violent political offences.