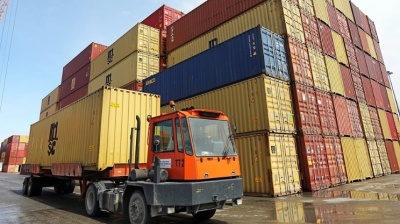 Georgian freight traffic, which had been growing in recent years, has boomed since Russia invaded Ukraine. / Georgian government handout
By Nini Gabritchidze for Eurasianet October 7, 2022

Of all the ways the Ukraine war has impacted Georgia, one of the most visible has been the trucks.

Images of endless lines of trucks, anywhere from the mountains of the north to the plains of the south, have become routine in the months since Russia launched its invasion of Ukraine.

That war has caused significant disruption to international transportation routes. Trucks that once ferried goods to and from Russian and Central Asian markets via Ukraine have had to divert because of the war in that country, and shipping giants that once relied on east-to-west Russian railway corridors to and from China also have had to reroute due to international sanctions.

Much of that traffic is now passing through Georgia, a country that for years has touted its potential – hitherto largely unrealised – as a transit hub.

“Instead of Russia, the trucks now pass through Georgia,” one customs official told Jnews, an outlet that operates in Georgia’s south and has for months been reporting on 30-kilometre truck queues near Kartsakhi, on the border with Turkey. 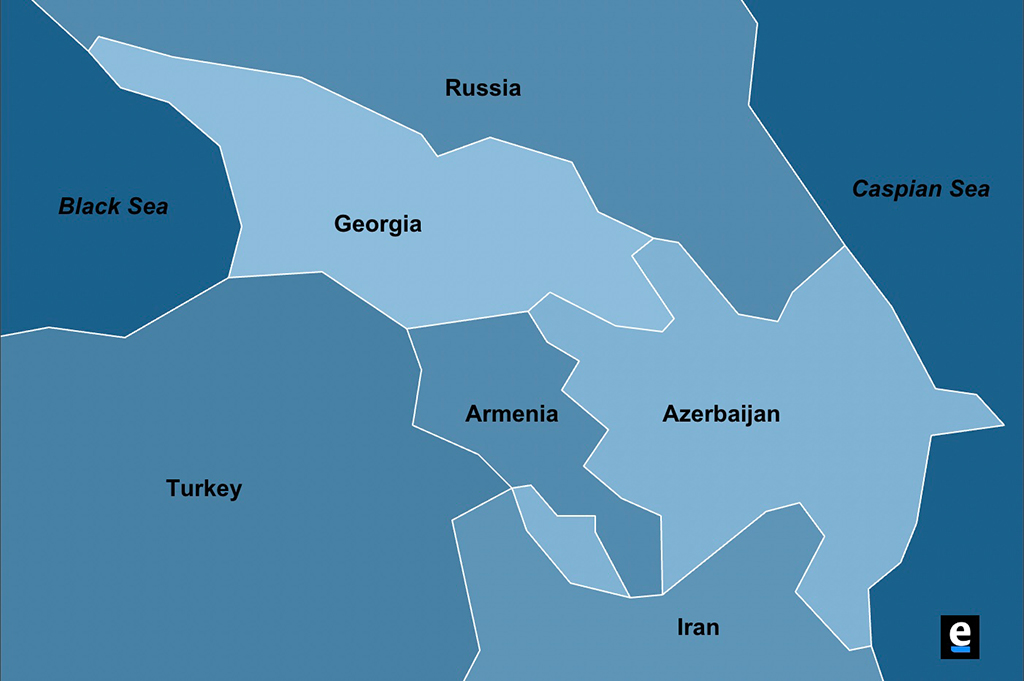 Kartsakhi, located in Georgia’s Samtskhe-Javakheti region, is a relatively less-trafficked border point with Turkey. In August, more than 6,000 trucks entered Georgia through this crossing, and more than 8,000 left. Interior Ministry data show that that was more than double the rate of the same period in previous years, including in the pre-pandemic 2019.

Traffic is increasing across all the country’s borders, and it had been increasing even before the Ukraine war boosted it further: Georgia registered more than 70,000 trucks arriving in August of this year, compared to roughly 60,000 in August 2021 and 50,000 in August 2019.

The trucks queued at Kartsakhi have a wide variety of licence plates: from Turkey, Azerbaijan, Belarus, Russia, Ukraine, Kazakhstan and Iran, among others. Jnews has reported that the trucks, waiting in line for days, have been throwing out their trash and “turning the roadside into a dump.”

Kartsakhi – which had not previously seen these sorts of traffic jams – is perhaps the most illustrative of how the geopolitical shifts and war have altered the transportation picture.

Over the past months, Georgian customs authorities have repeatedly reported having to work at their maximum capacity due to “increased road freight traffic” at all border crossing points.

This has included Sarpi, a more heavily trafficked border pass to Turkey in Georgia’s southwestern Adjara region, and Larsi in the country’s north. Larsi is the only land border connecting Georgia and Russia and it also represents a critical lifeline for Armenia, which depends economically on Russia but is landlocked and has no common border with it.

Larsi is perennially crowded with trucks, as poor weather conditions can disrupt traffic across the high-mountain pass. But the congestion has been even worse this year, and Armenia is seeking to start a new ferry service as a detour.

Turkey also has gained interest in the Larsi route. Turkey previously had relied on road transport – much of it through Ukraine – for more than half of its trade with Russia. Many of those trucks now have been rerouted through Georgia, and have been joined by increasing numbers of trucks from other countries in growing lines at Sarpi.

As it has grown as a transit hub, Georgia also has been significantly increasing its own trade with all its four neighbours.

Georgia’s international rail and sea routes, in particular, have risen in significance amid the war-related transportation shifts, boosting interest in the so-called Middle Corridor route.

The Asia-Europe multimodal route avoids Russia by shipping cargo to the south: crossing Central Asia by rail, then by ferry across the Caspian Sea to reach Azerbaijan and again by rail west to Georgia and onward to European ports.

International rail traffic through Georgia has been sharply increasing: 477 freight trains arrived in Georgia in August, compared to 356 in the same month in 2021 and 323 in 2019. Georgian Railways reported record-high profits in the first half of 2022.

Georgian ports, too, have reported processing nearly 20% more freight in the first half of this year as compared to 2021.

But there remain obstacles to Georgia taking full advantage of the new transportation opportunities the war has sent its way. The country has no deep-sea port on the Black Sea, the country’s main east-west highway is still under a years-long reconstruction, and the border crossings don’t have the capacity to deal with the increased truck traffic.

“We are [...] heavily investing in our country's infrastructure to increase Georgian transit capabilities for the benefit of the region,” Prime Minister Irakli Garibashvili said in his address to the United Nations General Assembly on September 22.

In July, Garibashvili went on a tour of Central Asia where he conducted a series of high-level meetings to talk business, including transportation and logistics. The Central Asian countries have so far shown the keenest interest in seeking alternative routes, taking part in regular international meetings with Georgia, Azerbaijan, and Turkey to help develop the route more quickly.

Georgian customs officials have said that border checkpoints are being revamped to help meet the increased freight flows and that they are working closely with bordering countries to find short-term solutions.

The port situation, however, remains murky. The politically controversial Anaklia deep-sea port project was cancelled two years ago. And it won’t be until next year that the construction works of the most complicated 52-kilometre section of the main highway are completed.

"We need to make more investments in infrastructure to increase the potential of receiving larger volumes of cargo. However, it's not just about the port. Today, we definitely need a deep-water port and new terminals. We need the railways to be able to carry larger loads," Mamuka Murjikneli, CEO of Wondernet Express Investment Group, Georgia-based transportation and logistics company, told Business Media Georgia in September. "I think that in the next five years we will be able to receive more cargo and regain the status that our country had historically on the Silk Road."

Nini Gabritchidze is a Tbilisi-based journalist.