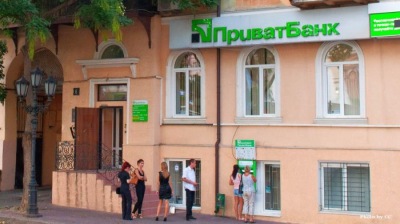 Trouble is in store for Ukraine after the central bank lost an appeal against a court ruling to de-nationalise Privatbank.
By bne IntelliNews May 14, 2019

The National Bank of Ukraine (NBU) has lost an appeal filed to the Sixth Appellate Administrative Court against May's ruling of the Kyiv District Administrative Court that satisfied a lawsuit filed by the Cyprus-based company Triantal Investments Ltd, controlled by Ihor Kolomoisky, the former co-owner of the nation's largest lender PrivatBank, nationalised in late 2016.

"The NBU does not agree with the court’s ruling and intends to file an appeal in cassation," the central bank said on May 13.

The NBU appealed against the court's ruling to declare illegal the regulator’s decision to inspect PrivatBank before its nationalisation.

"The NBU had grounds to inspect PrivatBank in 2016, as the bank had failed to implement the financial rehabilitation program agreed with the bank’s shareholders and management," the statement reads. "This is confirmed by the written statement by the bank’s former shareholders and is proof that they failed to meet their commitments."

The regulator added that the inspection of PrivatBank before it was declared insolvent and its government-assisted resolution revealed that the bank failed to implement its restructuring plan and that the bank’s capital was insufficient to meet the required capital and credit risk coverage ratios. "This conclusion is supported by the paperwork from the inspection and by an independent, internationally recognised audit firm hired by PrivatBank."

The NBU said it will continue to prove the legitimacy of its actions. "Such court rulings pose a threat to Ukraine’s financial stability, the NBU believes," the statement reads.

A new court battle is part of a snowballing legal crisis over the PrivatBank nationalisation. Recently, controversial oligarch Kolomoisky filed five new lawsuits against the NBU and nationalised PrivatBank to the business court of Kyiv. The lawsuits dispute five loan agreements and Kolomoisky's personal guarantee under them. The first hearings will be held on May 10, 22 and 23

Kolomoisky is widely considered to be a mentor and a sponsor of Ukraine's President-elect Volodymyr Zelenskiy. The inauguration of the newly elected president should take place no later than June 3.

Ukrainian President Petro Poroshenko has warned that possible "backsliding" on the issue of the nation's largest lender PrivatBank, nationalised in late 2016, after the presidential election will cause a deep economic crisis both in the country and in relations with international financial organisations.

On April 8, Kolomoisky said that he is going to seek $2bn of compensation from the nation's government. "I don't need [to get back] PrivatBank. But there was $2bn in capital there. Let them [the Ukrainian government] return it to me and there will be no problems," Kolomoisky said in an interview with the Ekonomichna Pravda online outlet.

The next day, Kyiv’s Economic Court accepted Kolomoisky’s amendments to a lawsuit against Ukraine’s government in which the oligarch is demanding the full return of his 41.5% share of the bank. A similar claim was made by Triantal Investments Ltd, allegedly owned by Kolomoisky, which owned 16.5% of the shares of PrivatBank before it was nationalised. Later, the court announced a break until May 7 in the case.

On April 18, the Kyiv Administrative Court ruled for the cancellation of the NBU's resolution determining a list of related parties of PrivatBank. That resolution listed the legal entities that fell under the bank's bail-in procedure - which involved the writing down of $1.1bn of the bank’s liabilities (including $550mn in Eurobonds).

The bail-in followed recognition of PrivatBank's insolvency and preceded its nationalization in December 2016. The court ruling was based on a claim filed by its former key shareholder, Kolomoisky, and his related entity, Triantal Investments Ltd.

The decision grants former PrivatBank shareholders the ability to reclaim their funds that were bailed in during the nationalisation, the NBU stated, stressing that it was a first-tier court ruling and therefore doesn't take immediate effect. The NBU has promised to appeal the ruling.

On April 18, the same court ruled upon hearing an appeal by Kolomoisky that the procedure whereby the state participates in resolving the insolvent PrivatBank was out of compliance with applicable laws.