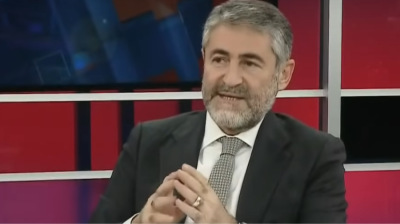 Turkey's Finance Minister Nureddin Nebati on August 26 rejected as "meaningless" concerns among Turkish businesses following a US Treasury warning that they face possible penalties if they keep up commercial ties with Russians under sanctions.

Turkey continues to walk a fine line when it comes to its response to the Russian invasion of Ukraine. On the one hand, it has criticised Moscow’s actions and has sent arms, including combat drones to Ukraine. But on the other, it has declined to impose any sanctions on Russia or introduce actions such as closing Turkish airspace to Russian aircraft. Consequently, it has seen big gains in trade and investment with Russia. There has been a huge boom in Russian tourists taking summer holidays in Turkey, Russians have flocked to the country to invest in real estate and Russian oligarchs have moored superyachts at Turkish ports, beyond the reach of Western sanctions enforcers. Turkish imports of Russian oil, meanwhile, are up twofold.

In Russia, some Turkish firms have acquired or have sought to purchase Russian assets from Western players pulling out of the country.

Ankara has insisted that it needs to stay on good terms with both Moscow and Kyiv in order to keep its status as a trusted intermediary that can broker peace talks with the opportunity arises, while it has stated that the government will not allow Western sanctions to be circumvented in Turkey.

Critics are doubtful that is the case, and, concerned by the situation, the US Treasury a week ago moved to caution largest Turkish business group Tusiad and Nebati's ministry that Russian entities were attempting to use Turkey to bypass Western sanctions.

"It is meaningless for a letter relayed to Turkish business groups to create concern in our business circles," Nebati said in a tweet. "We are pleased to see that the United States, our ally and trade partner, is inviting its businesses to invest in our economy."

Turkey, he added, was intent on improving economic and trade relations with its neighbours "within a framework that is not subject to sanctions".

Can Russia sneak gas into the EU via a Turkish gas hub?

Belgrade and Pristina blame each other for explosions in northern Kosovo

Several explosions and gunshots were reported in two municipalities in northern Kosovo.

EU leaders sought to reassure the Western Balkans countries that their future is inside the bloc at Tirana summit.

An oil tanker traffic jam has formed off the Turkish coast after the EU’s introduction of a price cap on global Russian crude supplies, the Financial Times reported on December 5. Turkish authorities are demanding new proof of full insurance cover.

Russia fired more than 70 missiles at Ukraine on Monday, December 5, but Ukraine’s air defence unleashed an impressive performance and shot down over 60 projectiles, the Ukrainian Air Force tweeted on December 5.