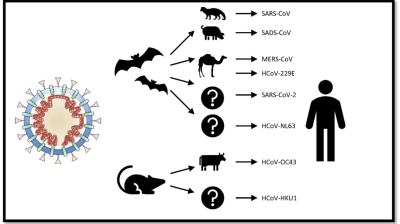 A person infected with coronavirus who is asymptomatic can still spread the virus.
By bne IntelIiNews November 25, 2020

Out of the blue, Turkey on November 25 began releasing coronavirus (COVID-19) infection figures that include asymptomatic cases.

Its government has been under fire for months since it became clear that the data omitted such cases, even though those who contract the virus but do not show any symptoms can still spread it.

He said Turkey recorded 28,351 new coronavirus cases in the past 24-hour cycle, including 6,814 with symptoms. The total was by far the highest daily number reported by Turkey since the outbreak began in March. The previous daily high, which only included symptomatic cases, was 7,381, recorded on November 24. It was more than twice as high as the latest daily number reported by Iran, namely 13,843, and more than was reported by countries including Russia, Italy, France and the UK. Iran is typically described as having the worst coronavirus outbreak in the Middle East. That assumption may have to be revised if Turkey becomes transparent about all the cases it has logged since the pandemic began.

“In line with requests from our people, we plan on including positive cases that do not show symptoms in the daily table,” Koca said, as reported by Reuters. He added that around 80% of people who test positive were asymptomatic or lightly symptomatic.

Health Ministry data on November 25 also showed 168 people had died due to COVID-19 in the last 24 hours, the most since the beginning of the outbreak. The figure raised the official death toll to 12,840.

Symptomatic patients totalled 467,730 as of November 25, data at the ministry’s website showed. While the overall case total was not announced, Koca said it would be included in the table in coming days.

Koca also announced that Turkey had signed a contract to buy 50mn doses of COVID-19 vaccine from China’s Sinovac Biotech.

“The important thing here for us to start using vaccines which are known to be effective and reliable. ... I think the vaccination calendar could start on December 11,” Koca said.

Sinovac’s experimental COVID-19 vaccine CoronaVac triggered a quick immune response. However, the level of antibodies produced was lower than in people who had recovered, preliminary trial results showed.

Political row in Turkey as opposition asks 'What happened to the $128bn in FX reserves?'