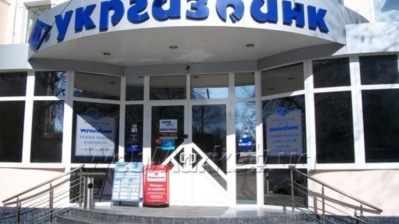 As part of this year's privatisation programme Ukrgasbank will be the first big bank to be sold off. The government is planning to sell several large corporations
By Ben Aris in Berlin January 26, 2021

The state-owned Ukrgasbank bank signed off on a €30mn loan from the International Financial Corporation (IFC) on January 25, as part of the bank’s preparations for privatisation.

“Ukrgasbank will be Ukraine’s first state-owned bank to go private. The new €30mn loan lays the groundwork for the bank’s transformation by enabling IFC to have the loan converted into a stake in the bank’s capital,” the NBU said in a press release.

The bank, which specialises in dealing with the gas business, has been working with the IFC, the commercial arm of the World Bank, to prepare for privatisation since 2017.

Stephanie von Friedeburg, interim managing director and executive vice president at IFC, said: “Over the past few years, IFC has been supporting Ukrgasbank’s aspirations by helping it lead the way in the green finance sector. Ukrgasbank will set an example for other state-owned banks that are planned for privatisation. This investment is a key stepping stone in our partnership that paves the way for Ukraine’s green future.”

This year the cash-strapped government has re-launched its privatisation programme in the hope of raising more money from selling off some big state-owned assets.

The State Property Fund of Ukraine (SPF) plans to put several big companies under the gavel in 2021, starting with United Mining and Chemical Company (UMCC) at the first large privatisation auctions at the end of the first or the beginning of the second quarter, with an initial price ranging from UAH3bn to UAH5bn ($106mn to $177mn), head of the Fund Dmytro Sennychenko has said in an interview with Interfax-Ukraine in January.

Whittling away at Ukraine’s state property mountain, 1,899 privatisation auctions were held in 2020, yielding $107mn for the budget, Sennychenko said on January 13. With this month’s end of the suspension of ‘big’ privatisations, the Fund also expect to present to investors for sale this year the Odesa Port Plant and six regional power companies. The government has already tried to sell OPP several times without success. Up to the end of 2023, investors have the right to contracts drawn up under English law.

In the first six months of a government-mandated programme of online leasing of state and city properties, more than 5,000 auctions have been held, Svitlana Panaiotidi, Deputy Economy Minister, told reporters on January 11. So far, 400 government entities, included the State Property Fund, have joined the system.

Ukrgasbank will be the first big bank to be sold. It has been commercialising its operations, and reducing government participation in its decision-making. Good corporate governance, professional activities and a focus on sustainable financing will make Ukrgasbank an example for the future privatisation of Ukrainian banks, the NBU said in its statement.

Welcoming the deal, Andrii Kravets, chairman of Ukrgasbank’s board said: “We are grateful to IFC for its long-term partnership and appreciate its decision to become our investor. IFC’s participation in the bank's capital will be the first time an international financial institution has acquired a stake in a Ukrainian state-owned entity. This step comes as a key milestone in privatising Ukrgasbank and curtailing the government’s share of the banking sector. We are confident that this partnership will help us adopt the world’s best practices and make the bank even better”.

Ukraine has one of the world’s most energy-intensive economies, in part due to a massive industrial base powered by largely outdated production technologies. Over the past 20 years, the country has joined a number of global climate initiatives as it seeks to increase energy efficiency in various sectors of the economy and raise the share of renewable energy sources in the energy balance from 8% to 17% by 2030, the NBU said.

“By providing financing for the modernisation of Ukrainian businesses, the IFC loan will bring Ukraine closer to achieving that goal. This will reduce energy consumption and mitigate its impact on the environment,” the NBU said.

President of Ukraine Volodymyr Zelenskiy emphasised that the reform of the public banking sector is one of the key prerequisites for strengthening the stability of Ukraine’s financial system and increasing its credit and investment potential.

“We remain committed to our goal of creating a reliable and competitive banking system that will be mainly privately owned and that will allow public sector banks to become effective market participants,” Zelenskiy said, as cited by the NBU.

Denys Shmyhal, Prime Minister of Ukraine, added: “The agreement serves as an exemplar of successful reform of the public banking sector. For the first time, a successful Ukrainian state-owned bank will have a strong international partner. This is a clear indicator of increasing confidence on the part of international investors. I am confident that the partnership with IFC will accelerate the implementation of the world's best practices in banking governance.”

Ukraine’s banking sector is one of the country’s most attractive sectors, having weathered the crisis in 2020 relative well thanks to the clean-up operation carried out by the reformist team that has been in charge of the regulator since 2014.

As reported by bne IntelliNews, Ukraine’s banks ended 2020 with the best month-on-month profits in four years and had already returned to 2019 levels of profit by the autumn of 2020 despite taking a big hit on earnings in the first half of the year. While there will be no boom in 2021 they should continue to grow in 2021 and remain profitable.

Kyrylo Shevchenko, the Governor of the National Bank of Ukraine (NBU) also commented: “The signing of this agreement is the result of effective co-operation between Ukrgasbank, the Ministry of Finance and the International Finance Corporation. This is a victory for the entire Ukrainian banking sector. This step will take the competitive edge and investment attractiveness of our banks to a new level. It will enable them to adopt the best corporate governance practices. We all wish to see our state-owned companies and banks operating efficiently and profitably. Under my leadership, NBU has supported reducing the share of state-owned banks in the banking sector and will continue to do so. The goal that we should pursue jointly with the government in the coming years is to press forward with the gradual privatisation of other state-owned banks. I am confident that we will succeed”.

The withdrawal of the state from the capital of Ukrgasbank and the transfer of a minority stake to the IFC is one of the tasks of the Ministry of Finance under the implementation of the strategy of reforming the state-owned banking sector, Sergii Marchenko, Ukraine’s Minister of Finance, said at the signing ceremony.

“Today we have taken one of the key steps to achieve this goal. In addition, the implementation of this transaction is a fulfilment of one of Ukraine’s obligations under the joint with the IMF stand-by programme. "It will be a strong signal to all investors that the country is fulfilling its obligations to reform Ukraine's banking sector and building a sustainable banking model based on the best international practices,” Marchenko added.

KYIV BLOG: Zelenskiy government launches a major de-oligarchisation drive, but is it for real?

Ukraine's international reserves down 1% to $28.5bn in February