Schroeder steps down as Rosneft board chairman 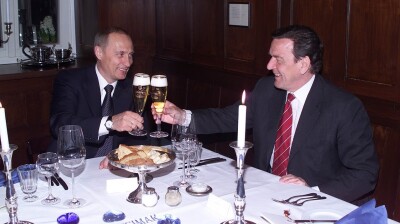 Gerhard Schroeder, Germany’s former chancellor, has stepped down from his post as chairman of Russia’s state-owned oil producer Rosneft.

State-owned Rosneft announced Schroeder’s departure from the board on May 20. According to a company statement, the chairman has informed Rosneft that he is not able to extend his term.

Schroeder’s term as chairman was due to expire next month, when Rosneft is due to hold its annual general meeting (AGM) of shareholders. He had served as chairman of the board of directors since 2007, two years after ceding the chancellorship to Angela Merkel, who was then succeeded by Olaf Scholz in December 2021.

The former chancellor has drawn considerable criticism for his strong and long-standing ties to Russian oil and gas companies – and also for his refusal to disavow those ties in the wake of Russia’s unprovoked invasion of Ukraine in late February. Scholz had urged him to step down as chairman of Rosneft on May 19.

Schroeder has also worked closely with Gazprom, Russia’s state-run natural gas giant. He still serves as chairman of the shareholder committee of Nord Stream AG, the consortium that operates the Nord Stream 1 pipeline system that was built to pump Russian gas across the Baltic Sea to Germany.

For this insistence on maintaining ties to Russia, Schroeder has drawn criticism from Germany’s Social Democratic Party (SPD) party, which is a member of Scholz’s ruling coalition. SPD legislators decided last week to strip the former chancellor of his seat in the lower house of the Bundestag, as well as his taxpayer-funded staff and office, after saying last month that they hoped he would quit the party and were preparing to expel him.

Schroeder has attracted considerable criticism for his response to reports of atrocities committed by Russian troops in Ukraine. He has said that Russian President Vladimir Putin should not be blamed for these actions, as he did not believe Putin would issue orders paving the way for war crimes.

The former chancellor was not the only German public figure to quit Rosneft’s board on May 20. Matthias Warnig, a businessman who has worked for Dresdner Bank (and a former officer of the East secret police who has a long history of murky ties to Russian companies), also stepped down, according to the state-owned oil company’s statement.

Erdogan backed use of Russian Visa-equivalent after meeting with Putin. US reacted by stepping up pressure on Turkey over sanctions enforcement.