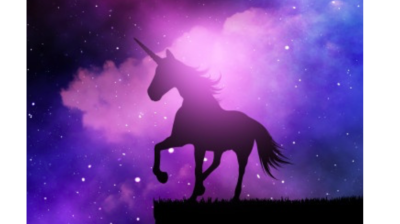 Russian Forbes has identified ten Russian companies that are expected to be worth more than $1bn in the future
By Adrien Henni in Moscow for East West Digital News January 14, 2022

These entrepreneurs have colonised the world’s best accelerators, including such ones as Y Combinator, 500 Startups and Techstars. Russian-speaking entrepreneurs reportedly accounted for 40% of a recent Alchemist batch.

The past few years have seen the international triumph of a range of unicorns founded by Eastern European entrepreneurs, including Arrival, Badoo, inDriver, Nexters, Personio, TradingView, Veeam Software and Wrike, to cite only cases with Russian founders.

Russian-founded decacorns include Miro – which is now valued at $17.5bn – as well as Pavel Durov’s Telegram and Nikolay Storonsky’s Revolut, which are worth $30bn or more. Ukrainians are behind GitLab ($11bn) and Grammarly ($13bn).

In late December Forbes Russia – teaming up with research agency DSight – identified 10 “future unicorns” founded by Russian entrepreneurs. The selection criteria included company growth, penetration of international markets, growth of the target segment and team’s experience. Focus was made on companies having emerged in the past five years, and having raised less than $50mn and not reached $1bn in valuation yet.

An expert committee of nine top Russian VCs – from Leonid Buguslavsky, to Igor Ryabenkiy, to Nick Davydov, to name just a few – helped identify the strongest startups that fit these criteria.

As noted by Forbes, Russian or Eastern European tech founders attract increased attention from global investors: “A flow of US VCs regularly comes to us to inquire about interesting projects involving such entrepreneurs – which wasn’t the case just a few years ago,” Denis Efremov was quoted as saying.

Efremov is principal at Fort Ross Ventures, a Russia-connected VC firm operating in Silicon Valley. He believes Russian-speaking entrepreneurs have become the third-largest “ethnic business community” in the USA.

Many of these entrepreneurs enjoy the support of investors with roots in Eastern Europe. Among the most established ones are Almaz Capital, Gagarin Capital Partners, LVL1, Runa Capital and Target Global, to name just a few big names with Russian origins, as well as AVentures Capital and TA Ventures, which are based in Ukraine, and Acrobator Ventures, a Western-managed fund. Such funds as Leta Capital, NRG Ventures and The Untitled began operating in this field more recently.

FintechOS’ €51mn Series B round accounted for a substantial share of the investments in 2021.