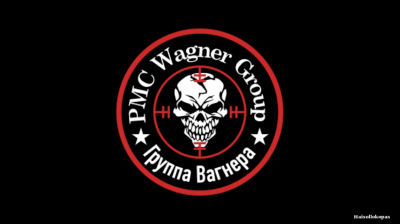 By Valentina Dimitrievska in Skopje December 7, 2022

Russian paramilitary group Wagner announced on December 7 it has set up a cultural and information centre in the Serbian capital Belgrade, according to Telegram messages from the organisation widely quoted by Serbian media.

The group has been described as Russian President Vladimir Putin’s private army. It is led by Yevgeny Prigozhin, a Russian businessman and close associate of the president, nicknamed ‘Putin’s chef’.

“We are impatient to present to you the new office of the PMC Wagner Center — ANO Russian-Serbian Cultural and Information Centre of Friendship and Cooperation, Orly,” Wagner said on the Telegram platform, according to Serbian daily Danas.

The centre's team calls its mission the implementation of public diplomacy, the aim of which is to strengthen and develop friendly relations between Russia and Serbia with the help of "soft power”.

News of the centre’s opening comes amid heightened tensions between Serbia and Kosovo, after a row over Pristina’s new rules on car number plates sparked a mass walkout by Serbs from Kosovan state institutions.

The head of the new centre is Alexander Lisov, who has been banned from entering Kosovo.

Russia, as one of the biggest allies of Serbia, refuses to recognise Serbian former province Kosovo as a separate country and considers it as part of Serbia. On the other hand, Serbia is under heavy Western pressure to join the US and EU in imposing sanctions to Moscow due to its war in Ukraine, but it is refusing to do so.

The Wagner Group is a paramilitary organisation disguised as a “private military company” responsible for extra-judicial killings, rape, torture, looting and the attempted assassination of Ukrainian President Volodymyr Zelenskiy.

The group fought in Ukraine in 2014, where it participated in the annexation of Crimea. It became known globally during the war in Donbas in Ukraine, where it helped separatist forces of the self-declared Donetsk and Luhansk People's Republics in the period 2014-2015.