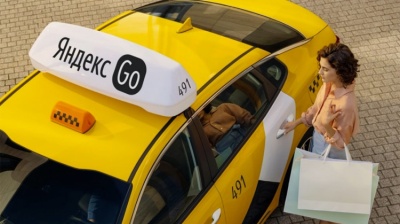 Russia's taxi services have flourished on the back of low regulation and high competition. Now economic decline will see more and more unemployed Russians seeking jobs as taxi drivers, and the Russian government is looking to impose curbs. / Image: YandexGo.
By Theo Normanton in Moscow March 29, 2022

The Russian Ministry of Transport has proposed a Taxi Bill, which, if passed by Parliament, will impose far-reaching limitations on the ride-hailing segment. Most notably, the bill forces taxi services to provide Russia’s security agency with “automatic remote access” to their information systems and data.

The new bill proposes a range of other curbs on taxi services, including the introduction of a minimum fare, limitations on the number of taxis per region, obliging aggregators to open offices in the regions where they operate, and making self-employed taxi drivers register their job, according to Russian news agency RBC.

Last year, Moscow introduced facial recognition systems in the Metro. The new technology, ostensibly designed to make payment for rides easier, was criticised by many as a pretence enabling the state to track the movement of citizens. Earlier that year, protesters from anti-Kremlin rallies precipitated by the arrest of opposition activist Alexei Navalny were traced and apprehended using similar facial recognition technology.

In addition to the Ministry of Transport, the new bill has been given the green light by the transport watchdog, Finance Ministry, Ministry of Labour, Ministry of Economic Development, Ministry of Health, Ministry of Industry and Trade, Ministry of Justice and Federal Tax Service. It now needs to pass through the Duma, Russia’s lower house of parliament.

As sanctions over Russia’s invasion of Ukraine take their toll on the economy, it is likely that an increasing number of unemployed Russians will seek work as taxi drivers. Indeed, Russian President Vladimir Putin claims that he too worked as a taxi driver to supplement his income in the 1990s. But Russia’s taxi services have ballooned in the last decade, benefitting from high competition, low fares and an array of cutting-edge ride-hailing apps.

Now, the Russian Ministry of Transport seems keen to introduce more regulation to crack down on the gig economy of taxi services. It is less clear, however, why the FSB, Russia’s notorious intelligence agency, needs access to customer data.

The Ministry of Transport has not yet clarified precisely what information taxi services will be obliged to pass over to the FSB, or why this step has been taken.