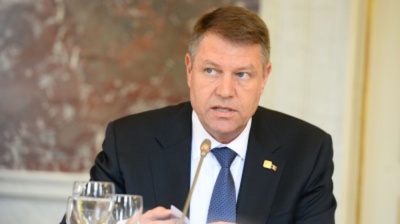 President Klaus Iohannis is attempting to put the executive under his own control.
By bne IntelIiNews October 22, 2021

Ciuca is a member of the National Liberal Party (PNL), but given his short membership of that party, his military career and lack of political activity to date, he is viewed as a non-partisan technocrat.

PNL announced plans to form a minority cabinet with the support of the ethnic Hungarians’ UDMR, while no invitation was extended to their former partners, the reformist party USR. The ongoing political crisis was precipitated by the decision of USR to withdraw its support for the government of Prime Minister Florin Citu, which was followed by a confidence vote that Citu’s government lost.

This is the second PM-designate appointment and if it is rejected by the lawmakers, like the first appointment, Iohannis can dissolve the parliament, but no sooner than 60 days from the first rejection, which took place on October 20. This would keep acting prime minister and new PLN leader Citu in office, with limited powers, until December 20 – just before the Christmas holidays.

“We are going to negotiate with all the responsible political forces,” Ciuca said after the appointment, which was made after presidential consultations with political parties.

However, the first reactions from the political parties were not particularly encouraging. Former PNL leader Ludovic Orban said that he would pull out of the party, and he is likely to be followed by quite a substantial number of the MPs and part of the electoral base of PNL.

The appointment of Ciuca is an unexpected deviation from the baseline scenario of pushing up Citu for another term. But the appointment is in line with the president's strategy of exerting more control over the executive.

Ciuca has had a long  military career (as leader of troops in Afghanistan and Iraq), and has demonstrated close dedication to the country’s Nato membership. Ciuca also served as interim prime minister in 2020 after PM Ludovic Orban resigned to prepare the ground for a new centre-right coalition in the aftermath of the general elections. He was the president's first option for the PM position, but was quickly rejected by the PNL as a valid candidate for a full term.

Citu rushed to claim that Ciuca was his candidate for PM, but many doubted the exact sequence of events.

While the nomination of Citu for another term would have paved the way for an immediate dead end and for the deepening of the crisis, the president’s unexpected appointment creates the circumstances for a broader and more complex political crisis that may potentially keep Citu and his interim cabinet in office for a longer period of time.

In the meantime, Iohannis, another former PNL leader, will continue a pursuit that is becoming increasingly visible yet equally unrealistic – the pursuit of putting the executive under his own control.

Orban has announced that his resignation from the party was imminent and also announced that he was not going to back Ciuca. Orban’s group of followers in parliament is estimated at 40 out of a total number of 446 MPs.

Orban rejected the interference of Iohannis in the activity of the party – for the second time in a major way, after the president handpicked Citu for the role of party leader on September 25.

"The decision to nominate Nicolae Ciuca as prime minister did not belong to the PNL, but to Iohannis. PNL no longer exists, it is the involuntary extension of Klaus Iohannis […] Romania is a democratic country in which we do not govern by order, by military discipline, but by dialogue, transparency, debate," Orban added.

The appointment of a former military man as prime minister-designate “does not bode well" for the credibility of politicians and “is not a good sign,” said the president of reformist Romanian party USR, Dacian Ciolos, whose attempt to form a government failed in a vote of confidence of parliament earlier this week.

Without clearly rejecting Ciuca, or denying his merits, Ciolos implied that for a variety of reasons his party would rather not vote for his cabinet.

“Sure, Nicolae Ciuca is a politician now. He is in reserve, but he is former military. We are not comfortable with this and it is a signal of political capitulation," Ciolos declared.