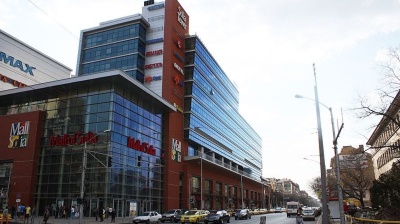 Retailers and owners of cafes, bars and restaurants in Bulgaria have threatened protests if the government does not allow them to reopen.

Plans to allow the reopening of shopping malls and eateries at the beginning of February are likely to be shelved amid fears that the new strain of the coronavirus (COVID-19) first detected in England will lead to a third wave of infections in Bulgaria.

Currently, the number of new coronavirus cases in Bulgaria is around 500 per day – significantly lower compared to the 4,000 and above cases registered before the lockdown at the end of November. However, as the new strain of the virus has already arrived in Bulgaria, Health Minister Kostadin Angelov insists the restrictions should not be eased.

Prime Minister Boyko Borissov has delayed making a final decision on whether shopping malls, cafes, bars and restaurants will be allowed to reopen on February 1.

He added that the malls were hoping to resume work in December or at least at the end of the month in order to lower their losses partially. Shopping malls cannot benefit from the state aid offered to smaller retailers as they are not SMEs.

Mall owners along with owners of restaurants, cafes and bars are now threatening to protest in the coming days – a tool that has often proven to be effective in Bulgaria during Borissov’s third government, as the prime minister, who faces a general election this spring, tries to preserve his popularity.

In the last few months, protests and pressure by industries have led to repeated changes to Borissov’s decisions. As he is now preparing for the April 4 general election, people consider that he is likely to change his decision once again.

Angelov, by contrast, wants to keep the measures imposed at the end of November, when the country was struggling with a severe second wave of the coronavirus pandemic, in place. The health minister insists that only schools should be re-opened for some classes and that fitness centres can also restart work by mid-February if the situation remains as it is now.

Prof. Boris Bogov, the head of Bulgaria’s largest hospital, Aleksandrovska, said as quoted by Dnevnik that the government should not close COVID-19 departments at hospitals as a third, more severe wave, is expected due to the new mutation of the virus.

Bogov also said that shopping malls cannot be re-opened as this could lead to a new, stricter, lockdown within two to three weeks.

While the sector is pushing for an easing of restrictions, a survey carried out by Gallup showed that the share of Bulgarians who are ready to give up some of their human rights in order to contain the spread of coronavirus has decreased significantly. At the end of 2020, just 56% of Bulgarians were ready to give up rights versus 83% in March when the first cases of coronavirus were reported in the country.

The poll also showed that 42% of Bulgarians are willing to apply anti-coronavirus vaccines, while 36% would not and 22% still cannot decide.