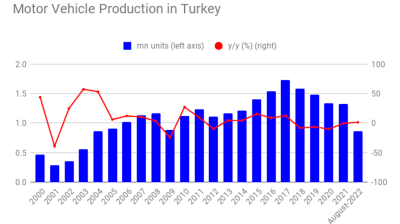 Oyak Renault, a 51:49 JV launched as far back as 1969 by Renault (Paris/RNO) and Turkish military pension fund Oyak, suspended production in some departments of its Bursa, Turkey plant as of September 8 due to the impact of the global shortage of semiconductor chips, according to media reports.

The MM11 engine montage line and the cast house are to return back to production on September 13 while the factory directorate, chassis and battery assembly lines are to come back online on September 15. 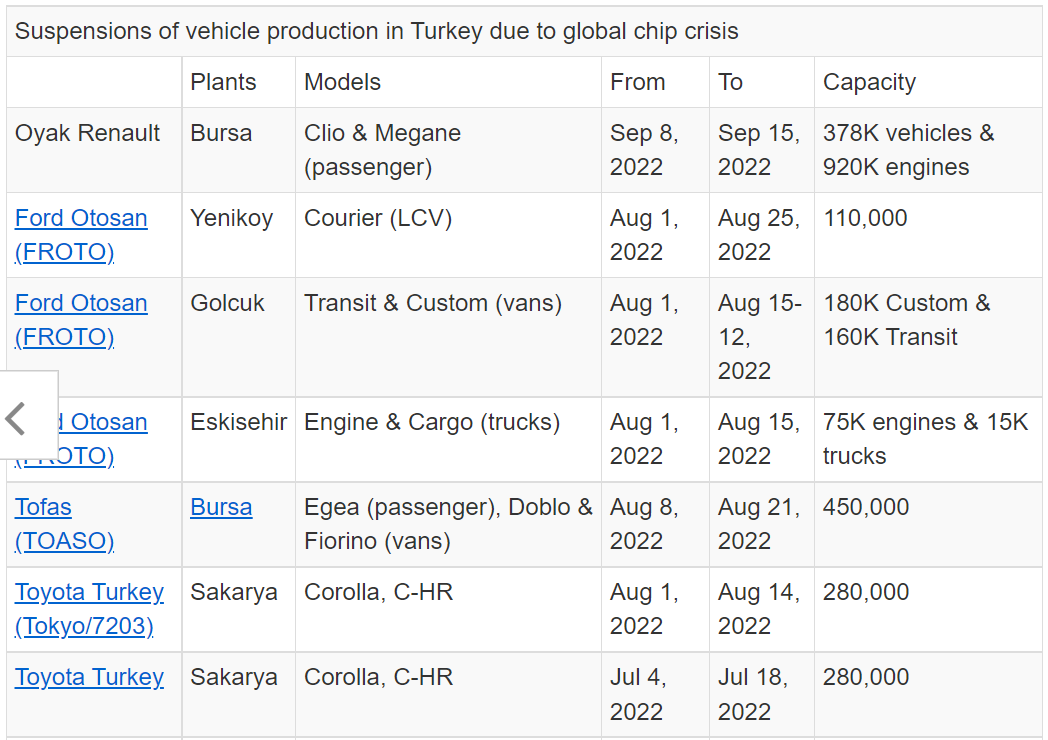 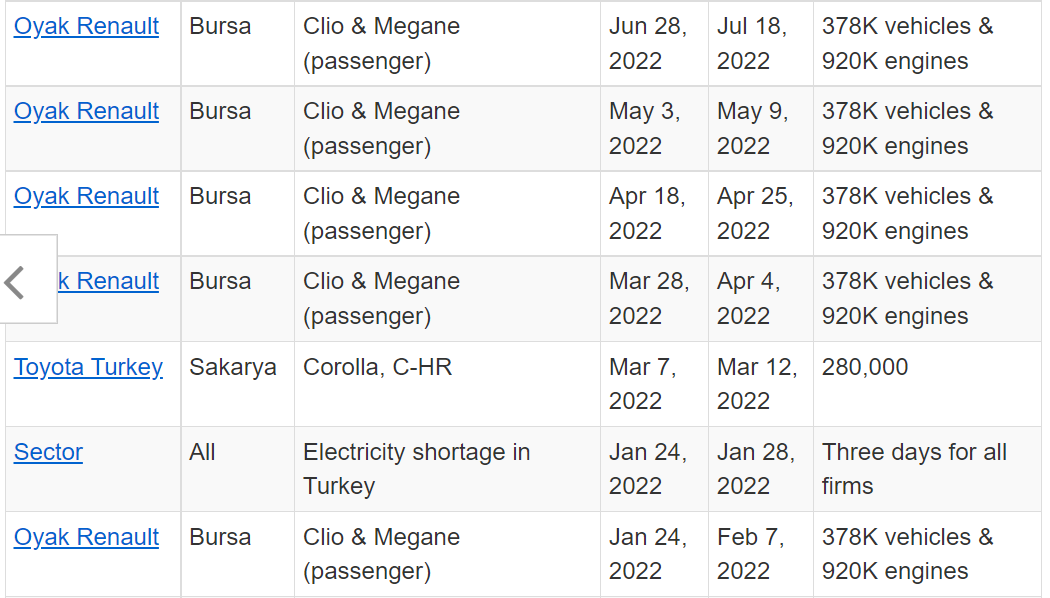 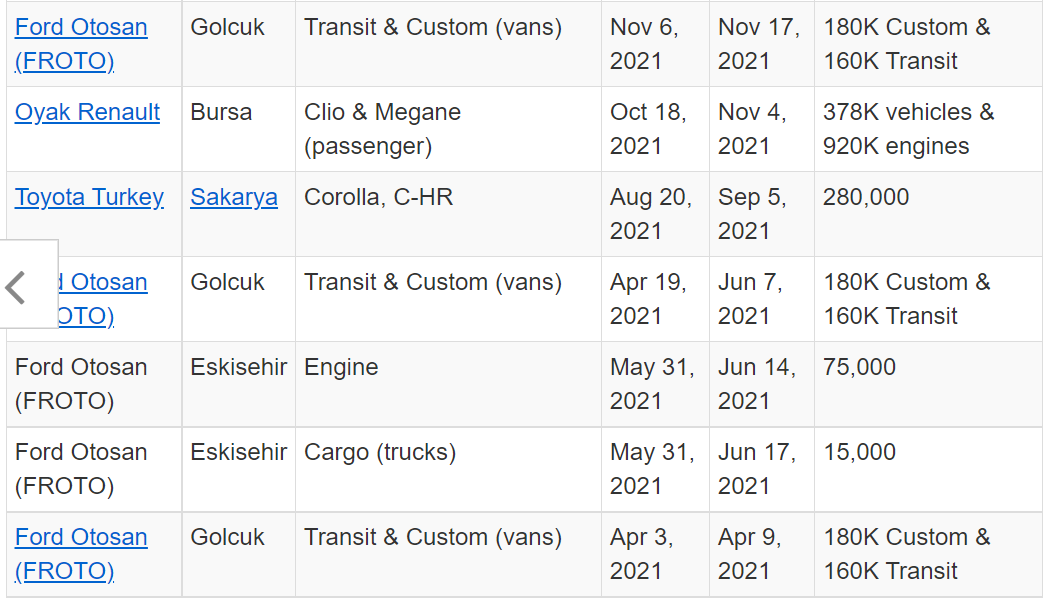 Table: Suspensions of vehicle production in Turkey due to global chip crisis.

Oyak Renault has an annual production capacity of 378,000 vehicles and 920,000 engines at the Bursa plant. It produces the Clio IV, Clio V and Megane sedan vehicles.

In 2021, Oyak Renault signed a five-year agreement under which Karsan (KARSN) will annually produce 55,000 Megane sedan units, starting from 2023.

In April, Mitsubishi Motors (Tokyo/7211) said that it is to produce its new Colt model five-door hatchback passenger cars at the Renault plant in Bursa. Hybrid and gasoline versions would be on sale in Europe in 4Q23.

In 2021, Oyak Renault was Turkey’s seventh largest exporter with $2bn in export revenues, equivalent to a 1% share of Turkey’s overall exports.

Also in 2021, Oyak Renault was the ninth largest industrial enterprise in Turkey with Turkish lira (TRY) 34bn (around $2bn) in revenues.

Separately, according to data from trading group OSD, automakers in Turkey manufactured 92,625 vehicles in August, marking shrinkage of 13.3% y/y,