Poll shows only one in five Moldovans happy with their government 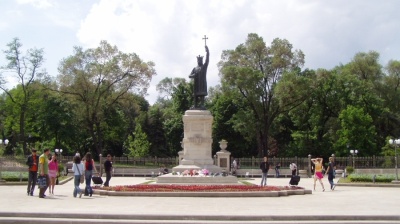 Most Moldovans (52.1%) assess the performance of the government headed by PM Natalia Gavrilita as either worse or much worse compared to previous governments, according to the latest Public Opinion Barometer (POB) published by the Public Policies Institute (IPP).

The poll, conducted by CBS-Research for IPP, shows that 20% of the population still appreciates the performance of the pro-EU government as better or much better, despite the rampant inflation and economic hardship brought on by the war in Ukraine.

Moldovans believe corruption has remained the same (34.2%) or increased (27.5%) since the government took office, the poll also shows.

Again, one in five Moldovans (21.9%), believe that corruption has diminished.

Several polls published recently in Moldova would prompt, under normal circumstances, serious concerns related to the government’s performance. But one in five Moldovans remaining optimistic may be seen as a good score, the current economic and political situation considered.

The outcome of the polls raise concerns in regard to the propaganda circulated by Russia-sponsored media and politicians. Russian authorities mentioned, for instance, the party of fugitive politician Ilan Shor, when announcing a decision to allow the import of fruits from Moldova.

“The decision comes as a result of the discussions held by Ilan Shor with the decision-makers in Moscow,” Rosselhozdnadzor, the Russian body responsible for issuing import permits, reported Unimedia.

Notably, only selected companies — most of them from the Orhei region where Shor served as mayor and still enjoys electoral support — were listed as certified exporters.

Shor is financing weekly protests against the government, blaming the executive for the rising inflation that severely dented Moldovans’ already modest standard of living.

Russian foreign minister speaks of Moldova as the “next Ukraine”
M&A in Emerging Europe fell by 20% to €32.93bn in 2022
Moldovan ex-president Dodon accused of trying to flee the country