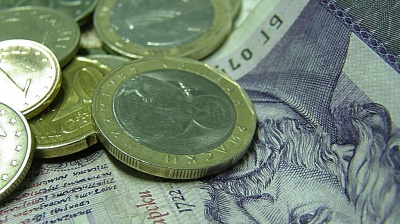 The opposition Democratic Bulgaria party has warned of a possible run on the country’s currency, the lev, after Prime Minister Boyko Borrisov said Sofia will not hurry to enter the Exchange Rate Mechanism (ERM2).

Borrisov said that his government will not push for entry into the ERM2 until a full consensus is reached in the country. Bulgaria was hoping to join ERM2 by the end of April.

“I’m obliged to slow down the tempo and only when we convince everyone this is good, will we move forward,” Borissov said, as quoted by news outlet Dnevnik.

The statement was rather surprising as Borissov’s government has many times announced that membership in ERM2 and the European banking union — two critical steps required for eventual adoption of the European single currency — are its priorities.

Following Borissov’s statement, centre-right Democratic Bulgaria said that his comment shows the prime minister’s “fear of something or his desire to cover up the government’s inability to conduct the progress needed for Bulgaria’s entry into ERM2”.

“With this irresponsible and unforgivable statement Borissov will only strengthen the panic, for which there will be no other to be blamed. These actions represent a natural continuation of the Russian hybrid attack on the euro in Bulgaria,” the party said in the statement.

It was referring to the fear spread among the population after the parliament recently adopted legislation to align its law on the central bank with the requirements of the European Central Bank (ECB).

Following the law’s adoption, many Bulgarians converted their savings from the local currency into euros, fearing that the Bulgarian lev might lose its value.

Democratic Bulgaria claimed that Borissov’s latest statement could provoke a similar panic and people could start converting their savings into euros.

According to the law, which was also approved by the ECB, the exchange rate can be changed upon the request of another EU member state. However, to prevent an exchange rate that would harm the local economy, earlier in February Bulgaria’s parliament obliged the finance minister and central bank governor to negotiate the country’s future membership in the Eurozone at the current exchange rate.

Currently, the Bulgarian lev is pegged to the euro under the currency board regulations, which have secured stability to the local currency for years.

In an interview with news outlet Capital.bg, European Commission Vice President Valdis Dombrovskis said on February 18 that it is highly unlikely the exchange rate of the lev versus euro will be changed after the country joins ERM2 and the Eurozone.

“I can say with a high level of certainty that Bulgaria will enter ERM2 and then the eurozone with the exchange rate, which it had until that moment. It is very important to underline that in the extremely unlikely scenario, in which a change of the exchange rate is being discussed, Bulgaria’s consent is required. There is no unilateral imposing of a decision,” Dombrosvkis said as quoted by Capital.bg.

At the end of January, International Monetary Fund (IMF) head Kristalina Georgieva said that Bulgaria could join the eurozone in 2023. However, Georgieva pointed out that eurozone entry in 2023 could happen only if the country joins ERM2 this spring.

Balkans have some of the world’s strictest anti-coronavirus measures
Bulgaria delays ERM2 entry plans until 2021
THE MITTELEUROPEAN VIEW: Why it is exactly the right time to fully revive the Vienna Initiative 1.0