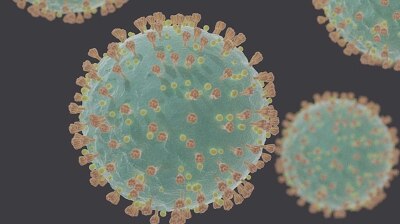 By Valentina Dimitrievska in Skopje September 13, 2021

North Macedonia’s Health Minister Venko Filipce offered his resignation on September 10 after a fire that killed 15 people broke out in a makeshift COVID-19 hospital in Tetovo last week.

Resignations were also filed by Deputy Health Minister Ilir Hasani and the two directors of Tetovo hospital, but they have not yet been accepted by Prime Minister Zoran Zaev.

Zaev confirmed on September 11 that the resignations were filed, saying that they represent “a high moral act”.

However, he said that he will take a decision on the resignations following the thorough investigation of the fire incident.

“I will base the decision regarding the submitted resignations exclusively on the facts I will receive from the investigation,” Zaev said, adding he expects the conclusions of the judicial experts very soon.

Zaev added that German federal forensic experts will be included in the investigation.

The incident happened more than a month before the local elections in the country due on October 17 and is expected, together with the possible dismissal of Filipce, to affect the rating of the governing parties, the Social Democratic Union of Macedonia (SDSM) and the ethnic Albanian Democratic Union for Integration (DUI).

Neurosurgeon Filipce, who became a minister in 2017, is one of the most prominent figures in Zaev's government, with frequent exposure in the media.

Answering а journalist's question, Zaev said on September 13 he does not think that the entire government should resign over the accident.

The leader of the main opposition VMRO-DPMNE party, Hristijan Mickoski, gave a deadline for Filipce and Hasani to file their resignations to the parliament by the end of September 14.

"If these resignations are not submitted to the assembly, the parliamentary group of VMRO-DPMNE, with the support of other parties will file a motion to the parliament for the dismissal of Filipce and his deputy," Mickoski said.

Rasela Mizrahi from VMRO DPMNE said that not only resignations, but “criminal liability is required” in this case, which will be achieved through an objective and impartial investigation.

Meanwhile, the public prosecution office said on September 10 it launched an investigation into the public procurement for the construction of all 19 makeshift hospitals in the country.

The makeshift hospitals were a project of the World Bank, implemented through the Ministry of Labour and Social Policy. The Ministry of Health also participated in the project.

Zaev said that the project was implemented in line with all regulations.

The fire broke out in a temporary COVID-19 hospital in Tetovo in the evening September 8, and killed 14 people. Later one of those injured also died. The fire happened on the day when people in North Macedonia were celebrating the 30th anniversary of the country’s independence.

The northwestern town of Tetovo, populated mainly by ethnic Albanians, is among several towns with low vaccination rates, and was the most affected by the fourth wave of COVID-19 since August. Hospitals are overwhelmed.

The mayor of Tetovo Teuta Arifi said that the state will provide assistance to the families of all victims.