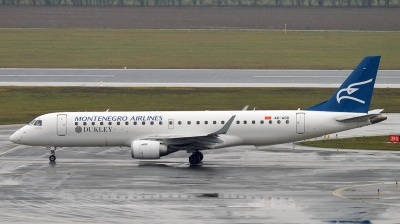 Montenegro's government said that will invest €155mn to increase the capital of its indebted flag carrier Montenegro Airlines in the next six years to save it from bankruptcy.

The company, which has been slated for privatisation for years, is having serious financial trouble and has apparently attracted no significant international interest. No tender for its sale has been called so far. Meanwhile, the government has attempted for years to improve its financial situation.

The company will use the financing to cover outstanding debts and acquire new aircraft worth €50mn.

The government said in the statement that Montenegro Airlines’ potential bankruptcy or liquidation would lead to a series of cumulative adverse effects across the economy, including the loss of €33.7mn in paid installments for aircraft and slots at foreign airports.

It added that the flag carrier has annual revenue of around €70mn and is a company with a major positive impact on the growth of Montenegro's economy. However, Montenegro Airlines’ unpaid taxes on personal income and social security contributions amounted to €20.46mn as of end-April, up from €19.49mn three months earlier.

In 2017, a feasibility study carried out by Deloitte and quoted by the government said that Montenegro Airlines had good financial prospects and in the mid-term should stop burdening the state budget and start contributing instead. The analysis was commissioned by the government and aimed to show whether the carrier was viable and could become stable again.

Montenegro Airlines is just one of several airlines from Southeast Europe, in particular the small former Yugoslavian countries, that is struggling for survival. While Serbia’s Jat, now rebranded AirSerbia, is going from strength to strength following a strategic investment by Etihad, other airlines are struggling without state support.

The Croatian government approved a payment of HRK100mn (€13.5mn) for flag carrier Croatia Airlines in September as part of an effort to pave the way for the airline's recapitalisation by stabilising its business.

Just days later, Slovenia’s Adria Airlines filed for bankruptcy. With Slovenia losing around 60% of its airline seat capacity as a result, the government plans to set up a new national carrier.

Meanwhile, newly launched FlyBosnia is already in trouble, as it struggles to pay the fees charged by Sarajevo airport.