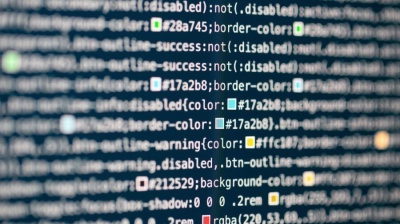 Lithuania now hosts over 230 fintechs – half of them Lithuanian-owned.
By Linas Jegelevicius in Vilnius January 26, 2022

Fintechs have been popping up in Lithuania like mushrooms after a warm summer rain. But now the country – one of the biggest fintech hubs in Central and Eastern Europe – is pushing on the brake pedal.

The Bank of Lithuania, under new broom Gediminas Simkus, stripped Finolita of its licence in June 2021, saying it had treated anti-money-laundering and counter-terrorist financing rules “irresponsibly”, and had failed to assess the risks of its customers.

The scandal sparked international criticism of Lithuania’s allegedly ‘light touch’ regulation, though the central bank pointed out that it had rejected more than 100 applications for a fintech licence in 2020.

Giedrius Sniukas of the Bank of Lithuania says the money laundering scandals were an “alarm call”. The central bank is now going to pay closer attention to fintech, he says, given the expected further expansion of the sector and the coming into effect of a unified EU regulatory measure in November 2021. The Bank of Lithuania says that the quality, not quantity, of fintechs will now be its main concern.

Lithuania is already the EU leader in the number of fintechs, partly because it only requires a minimum capital of €1mn. It now hosts over 230 fintechs – half of them Lithuanian-owned –  most of which are small firms focused on payments, financial software, digital banking and lending activities. Big foreign names with significant operations include Revolut, the London-based neobank, for which Lithuania is its EU base.

Among more general measures, the central bank has already tightened borrowing rules and in 2020 it established the public-private Centre of Excellence for Anti-Money Laundering. It says it is now forcing new fintech entrants to meet higher quality standards. The bank has set out its expectations for electronic money and payment institutions in a letter to fintech managers.

“The Bank of Lithuania will pay particular attention to strengthening the compliance culture, i.e. how financial market participants comply with the requirements for the prevention of money laundering and terrorist financing, equity capital, protection of client funds and quality of services, and seek greater personal responsibility of managers,” says Simonas Krepsta, a board member at the Bank of Lithuania.

Following a boom in new entrants over the past few years, there was a slight correction last year as the new tighter rules came into effect. In 2021, 28 licences were granted to new fintech market players, while eight lost their licences, two over money laundering concerns. This compares with 35 licences granted in 2020 and 28 in 2019. By the end of 2020 (the latest figures available) the bank says there were 230 operating fintechs in Lithuania. It says it is currently assessing 40 applicants for licences.

But market players worry that the new tighter rules could remove Lithuania’s competitive advantage and restrict its future growth.

Airidas Puodziunas, general manager at Contis, a B2B banking and payment solutions provider, told bne IntelliNews: “Lithuania regulators have to get the balance right between heavy-handed regulation that protects customers and the country at large, and a lighter touch that will allow a competitive fintech environment to thrive.”

Lithuania has two sandboxes that enable fintech companies to test their innovative solutions in a supervised and regulated environment before introducing them to the rest of Europe, and then to the rest of the world.

Puodziunas says that by adopting the new quality standards, Lithuania is in effect creating a “new type of sandbox” where regulation itself will be tested. “Not one where products are necessarily tested against regulation, but one where regulation itself is tested against the needs of a thriving market. The prize for sticking to internationalist principles are substantial,” Puodziunas says.

“Now, as the government issues new regulatory guidance to the country’s institutions and market participants, there will be a fine line to tread between delivering value or flattening Lithuanian fintech’s impressive growth trajectory,” he says.

Although putting new barriers in place could be self-defeating, the government, Puodziunas says, is also acknowledging that stronger compliance structures could also attract those larger fintechs that require more regulatory scrutiny.

Titas Budrys, head of the Fintech HUB LT Association, has told Lithuanian media that it is vital the country does not squander its early lead.

“Lithuania has appeared on the global fintech map...We see fintech companies from as far as the United States, Canada, Africa, South America, China and the rest of Asia entering Lithuania...We just are anxious that this does not change ..We cannot squander the operational progress we have made and are known for.”

Market players say that, even with tighter regulation, Lithuania still has many advantages for fintechs.

Lithuania became a fintech hub because of the way the sector’s actors have come together to build it up, from the central bank as an innovative regulator with a streamlined application process, the government, which understands the value of adapting fast, through to industry associations building a close-knit community.

Lithuania has one of the highest per capita ratios of ICT specialists in the world and has streamlined Blue Card and Startup visa procedures for non-EU talent. It also has world-class ICT infrastructure with fast broadband speeds.

This has helped build a vibrant fintech ecosystem, which is strongly supported by hubs, accelerators, venture capital funds, and fintech service providers. Some 4,000 people are now thought to work in the sector.

The amount of payment transactions carried out by electronic money and payment institutions in the first half of 2021 was almost six times the same period in 2020 at €122bn. Companies received €208mn in income from licensed activities – an increase of €168mn compared to the first half of 2020.

The government is now looking ahead to ensure the sector’s future. Mindaugas Liutvinskas, Vice-Minister of Finance, told bne IntelliNews that the ministry has brought together a team of experts consisting of representatives of state institutions and market participants to prepare recommendations for the guidelines on fintech sector development in Lithuania in 2022-2027.

“The recommendations will aim to identify the measures needed to further develop the sector, increase the use of digital financial services, promote the creation and use of innovation as well as strengthen risk management. The government has a clear political will to maintain and strengthen Lithuania’s position as a regional fintech hub. The further development of the sector, both in terms of quantity and quality, requires effective co-operation between public authorities and an open dialogue with market participants. We are on the right track, and it is important to move forward in a focused and measured way,” he says.

Raymond Hsu, crypto currency wealth management platform Cabital’s co-founder & chief executive officer, told bne IntelliNews that Central and Eastern European countries have some of the most vibrant fintech hubs in emerging Europe. According to him, the region in the last few years has “really embraced” innovation and has nurtured talent, and all of this is allowing them to support the growth of their fast-growing fintech industry.

As the capital and economic centre of Lithuania, Vilnius, he says, was a natural choice for the crypto community, as it recognises that it would be comparatively easier to hire experienced employees who would most likely be based in the financial service businesses located there.

“Lithuania was selected after an extensive feasibility study for a few key reasons, the first being the country’s rule of law and clear regulatory requirements for crypto currency businesses like ours. Having clear laws and regulations in English helped a great deal in allowing the company’s international team to clearly understand the requirements needed to incorporate the company and to register its business with the relevant authorities.”

“Second, Lithuania’s business friendliness to fintech startups like ours was another key factor. We noted that the country’s banking regulator, the Bank of Lithuania, has a comprehensive newcomer programme catered to fintech startups, which would be ideal for our eventual business expansion into other areas of financial services such as fiat currency payment capabilities,” Cabital’s CEO said.

Hsu said that although the Bank of Lithuania has a strong track record of supporting the payment industry, its new team will need “some time to clarify their stance” on the emerging crypto currency industry. “Regulation and compliance demands will become more complicated as the adoption of crypto currency accelerates,” Hsu emphasised.

“I believe that they will soon get back on track to embrace and regulate the crypto currency industry in a fair and sustainable way,” he said, adding: “crypto firms that place compliance and safety first will prosper in the region”.

Anthems of victory: How Ukraine is winning the online culture war

Whilst all eyes are on Donbas as Russia continues its devastating invasion of Ukraine, another war is being fought on our TVs, phones and computers: the culture war. From the start, Ukraine has been quick to establish the cultural narrative.

Belarus' prime minister said that Western sanctions had blocked almost all the country's exports to the EU and North America.

Just another day in Ukraine's hell

The accession of Finland and Sweden to Nato will transform the picture in the Baltic region but more military deployments are still needed, argue Baltic experts.