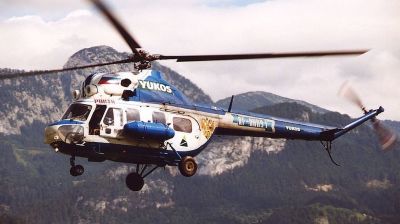 / Photo by Elizabeth Klimesch/CC
By Jason Corcoran in Moscow April 20, 2016

The Kremlin has overturned a ruling ordering it to pay $50bn to shareholders of Russia's defunct Yukos oil producer with the help of a leading US law firm.

"With the arbitration awards quashed," the April 20 verdict by a court in The Hague reads, "the Russian Federation is no longer liable for paying compensation."

The surprising victory may impact previous rulings in France and Belgium that allowed the Yukos shareholders to seize Russian state assets to compensate for their losses when the independent oil company of billionaire Mikhail Khodorkovsky was broken up in 2006.

Tim Osborne, director of GML, which represents the former Yukos shareholders, said his clients would appeal "this surprise decision by The Hague Court", implying a process that can drag on for years.

Yukos was bankrupted and its core assets sold off in suspect auctions (largely to the Russian state oil company Rosneft) after Khodorkovsky fell out with President Vladimir Putin. Khodorkovsky, arrested on fraud and embezzlement charges in 2004, subsequently jailed and only released in late 2013, has since become a prominent opposition figure in London.

As of January this year, the Russian government's refusal to pay compensation for its dismemberment of Yukos triggered a full-scale hunt for overseas sovereign assets to enforce a decision made in July 2014.

Diplomatic and military possessions were protected by law, but any commercial property controlled by the Russian state is liable for confiscation, including real estate and bank accounts held in the 150 countries that have signed the New York Convention, an international arbitration enforcement treaty.

bne IntelliNews revealed last November how leading US law firm White & Case was embedded inside a "command centre" in Moscow helping fight off Yukos claims on several foreign fronts, while also advising state companies on how to navigate the sanctions minefield.

Russia's stake in broadcaster Euronews was frozen on October 29 following seizures of Russian property in France and Germany. Putin's spokesman Dmitry Peksov vowed that legal efforts to protect "the legitimate interests of Russia and its property" will be taken – a task the Kremlin opted to undertake with the help of White & Case's expertise.

"We have a mandate to deal with the Yukos proceedings in the US, the UK and Germany, and we are cooperating with the other firms in the other jurisdictions," White & Case partner David Goldberg told bne Intellinews. "The most important [rulings are] in Holland. If the award is set aside, there will be nothing to enforce in most jurisdictions, although there are some countries that may look into enforcement of an award set aside at the place of arbitration."

Russia's argument was that the UK and US courts don't have jurisdiction because the Kremlin never signed any arbitration agreements. "Even if awards were legal, [there's] no way someone should be responsible for debts of another person," Goldberg said. "So far this story has been one-sided because the Russian government was silent, while the other side seems to have spent millions on PR in the US and UK."

White & Case's office in Moscow is located at the Romanov Dvor business centre, which is about a five-minute walk to Red Square. Goldberg, an Oxford-educated Russian who works on the Yukos case, was once described by clients in the Legal 500 directory as "a highly trained ruthless assassin".

Goldberg, who divides his time between London and Moscow, doesn't shirk from the description. "As a litigator and an arbitration practitioner, winning cases is important to me," he said.

Meanwhile, new charges against Khodorkovsky surfaced in December 2015 for his alleged role in the 1998 killing of a former mayor of a Siberian town where Yukos was headquartered. The charges emerged after the former oil tycoon announced various ways in which he was funding domestic and foreign opposition groups.

Analysts question Hungarian central bank's signal that it is ending tightening cycle
ISTANBUL BLOG: Turkish officials attempt to slake thirst for FX with visit to MbS
ISTANBUL BLOG: To those jimmying the lid of Turkey’s stock market, hold your nose