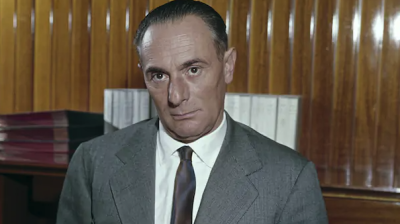 Italy’s new plan for Africa will be named after and inspired by historical oil entrepreneur Enrico Mattei (pictured), whose fair policies were highly praised by the independent African governments. / wikicommons
By Marco Cacciati in Berlin December 7, 2022

The high-level initiative promoted by the Italian Ministry of Foreign Affairs and ISPI (Italian Institute for International Political Studies) is held every year, with the aim being to “rethink traditional approaches to the area complementing analyses of current challenges with new ideas and suggestions and to draft a new positive agenda, addressing shared challenges at both the regional and the international level”.

Meloni summarised the policy as “a virtuous model of co-operation between Africa and the EU that doesn’t take a predatory stance, but rather a co-operative approach that recognises each state’s identity and potential”.

Pointing out that security and stability in the Mediterranean are in the whole EU’s interest and should be pursued with collective actions, Meloni stressed the importance of helping the pacification and reunification of Libya with the final aim being to “rid the country of foreign mercenaries”. Even though Meloni didn’t elaborate further on this point, she likely hinted at Russian military contractors such as the Wagner group, which supports the Tobruk-based faction led by General Khalifa Haftar in the ongoing Lybian civil conflict.

Libya is the country where most ships carrying migrants originate from, heading on to Lampedusa; the country’s political instability makes it harder for Italy or the EU to make any deal to stem the departures at source. For Meloni’s right-wing party, FDI (Fratelli d’Italia), the eradication of illegal migration ranks high among its priorities.

Mattei – a capable and headstrong manager who cut his teeth in the Christian Democrat resistance to the fascist regime – died in a plane crash in 1962 in mysterious circumstances. He was loathed by the US and even more by France for his unorthodox policies, which strengthened African irredentism (particularly in Algeria) and weaved closer economic ties with the Soviet Union in a bid to reduce Italian energy dependence on the “Seven Sisters” (a term coined by Mattei himself) – the major oil companies hailing from France, the USA and the UK.

Mattei’s figure is not devoid of controversies but is generally held in high esteem by Italians across the political spectrum for his unrepentant refusal to collude with Western powers at Italy’s expense during the reconstruction years following WWII.

His policies towards Africa were praised by the regional independent governments for their magnanimity; remarkably, Mattei’s Eni offered Algeria and Tunisia a 50-50 partnership for extracting their oil in the 1960s, a much fairer share than the typical deals granted at the time by American or French corporations to African nations.