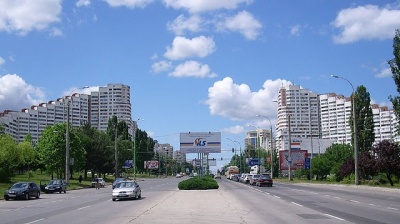 An expert team from the International Monetary Fund (IMF) reached a staff-level agreement with the Moldovan authorities for the augmentation of access under the Extended Credit Facility (ECF) and Extended Fund Facility (EFF) arrangements, the Fund’s bureau in Chisinau announced on April 12.

The Moldovan authorities have requested an increase of about $267mn in financial support to help it cope with the impact of the war in Ukraine and surging international energy and food prices.

“The war in Ukraine has resulted in significant spillovers to the Moldovan economy. Real GDP is expected to stagnate this year, with projections subject to high uncertainty,” the IMF's statement said.

The Fund expects Moldova’s current account deficit to hit 13.3% of GDP under adverse shocks, generating financing needs of $1.7bn in 2022-2023. The fiscal deficit alone is expected to widen to about 7.2% of GDP this year due to lower revenues and higher spending on humanitarian and economic support.

“After productive discussions, the Moldovan authorities and the IMF team have reached a staff-level agreement on the augmentation of the Extended Credit Facility (ECF)-Extended Fund Facility (EFF) arrangements. The team will recommend increasing IMF support to Moldova by SDR194.6mn (about $267mn), bringing the total financing envelope under the program to SDR594.3mn (about $815mn). This additional financial support will help meet the urgent balance of payments financing needs arising from large adverse shocks, including the war in Ukraine and international sanctions on Russia and Belarus, and catalyse support from the international community,” the Fund’s statement reads.

The agreement is subject to approval by the IMF executive board, which is scheduled to consider the augmentation request in May.

The first disbursement under the augmented programme in the amount of SDR108.2mn would be made available immediately with the completion of the first review and allocated for budgetary support.