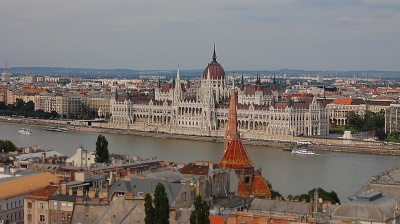 Hungary's general government deficit, excluding local councils, was HUF96bn (€273mn) in August, a major improvement from the HUF330bn shortfall in July and the HUF780bn deficit in June, according to figures from the finance ministry on September 9.

Despite the improving data, the deficit at the end of August reached HUF2.26 trillion, which is six times higher than the government’s initial target of HUF367bn and four-fold the HUF511bn shortfall in the base period.

The deficit target was revised from 1% to 2.7% of GDP in April and later to 3.8% as economic outlook deteriorated, but even those outlooks seemed overly optimistic.

After months of denying the inevitable, the government brought its projections in line with market estimates. The finance ministry raised its outlook to 7-9%, or HUF3.6 trillion, which would be the largest ever deficit in the country's history.

Hungary's budget overshoot is partly due to the massive spending on PPE, which came to HUF553bn at the end of August.

Hungary spent some HUF300bn on ventilators alone. After press inquiries, the Ministry of Foreign Affairs and Trade revealed that it had bought 16,000 units, far more than needed. Even at the peak of the pandemic the number of people in ICU never exceeded a couple of dozen. Hungary eventually sold many of the ventilators to third world countries.

The August deficit narrowed due to the HUF283bn transfer from Brussels. The government has been pre-financing EU-funded projects for years to avoid backups and ensure all available monies are used up.

So far payouts for EU-funded projects from the budget exceeded HUF1.37 trillion by the end of August, while transfers totalled HUF772bn, leaving a gap of HUF600bn.

The finance ministry confirmed that the deficit for the year could reach 7-9% of GDP similar to the average of European countries.

Hungary's economy contracted 13.6% in Q2 and 6.1% in H1. The government expects a 5% decline this year, which is in the lower end of analysts' forecasts.

VISEGRAD BLOG: The Central European populists rooting for Trump
Canadian toymaker Spin Master to acquire maker of Rubik's Cube
The billionaires club, where the mega-wealthy go to meet each other