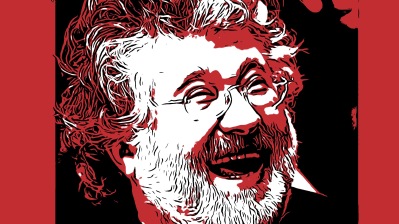 Ukraine has a 20-step plan to curb the power of the oligarchs and close down their scams.
By FPRI BMB Ukraine November 30, 2021

On November 24, Ukraine’s Cabinet of Ministers approved a 20-step plan outlining measures for implementing the “law on oligarchs” and the strategy for the development of the justice system in 2022–2023. According to the Cabinet, these measures are primarily aimed at creating safeguards against oligarchic influence in the energy sector and other spheres of public life.

As reported in the press, the action plan states that Ukraine’s National Security and Defence Council (NSDC) will develop and launch its registry of oligarchs by April 2022. Meanwhile, the National Council on Television and Radio Broadcasting is tasked with developing a procedure for verifying the business reputations of potential media buyers. There are also plans to revise Ukraine’s law on media.

Other measures include passing legislation to strengthen the capabilities of Ukraine’s Anti-Monopoly Committee, and developing a bill on lobbying that would introduce a corresponding registry. It also proposes strengthening financial oversight for oligarchs, and developing a mechanism for verifying the ultimate beneficiaries of oligarch-owned companies.

In addition, there are several steps related to ensuring the security of Ukraine’s electricity and natural gas supplies, including plans to halt electricity imports from Russia and Belarus by September 2023.

The Verkhovna Rada adopted Zelenskiy’s “law on oligarchs” on September 23. The president signed it into law on November 5. It will come into force six months after publication.

During his press marathon last week, Zelenskiy outlined six “rules” for businessmen wanting to avoid being designated as “oligarchs.” His advice? 1) Don’t tell people who (or who not) to vote for 2) don’t seek to influence elections by financing campaigns, 3) don’t fund strikes, 4) don’t bribe Verkhovna Rada lawmakers, 5) don’t use the media to manipulate public opinion, and 6) don’t “blackmail the population” using the country’s resources.

At the same time, Zelenskiy urged the country’s “big businessmen” to invest their wealth in Ukraine. “Create jobs — the state is very interested in that. Because it is very difficult to attract international investments in the country, but there are domestic investments, there is money, it is necessary to reinvest it,” the president underscored.

ASH: Putin is preparing for war

I have certainly put myself out there as having the most hawkish view on Russia (compared to the street consensus), but I still find it difficult to see anything but escalation by Russia with Ukraine from the current postures.

ING: Poland's anti-inflation measures are a painkiller, not a cure

They temporarily ease the negative impact of high inflationary pressure, but do not reduce price growth over the long term.

RAGOZIN: Alienating Russia and the western made Frankenstein monster

The end of 2021 was marked by a hair-raising confrontation between the two greatest nuclear powers, the US and Russia, over Ukraine. Did the alienation of Russia since 1991 create a Frankenstein monster of the West's own making?

FPRI BMB Ukraine: Ukraine’s military better at fighting
23 hours ago
Geneva summit talks present no obstacles to Moscow’s developing Ukraine isolation strategy
5 days ago
ASH: Putin is preparing for war
5 days ago
ING: Poland's anti-inflation measures are a painkiller, not a cure
5 days ago
RAGOZIN: Alienating Russia and the western made Frankenstein monster
7 days ago