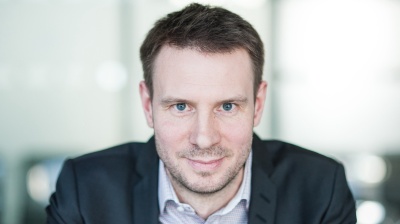 Oliver Hughes, the British former CEO of Russian digital bank Tinkoff, has publicly rejected accusations by the bank’s former owner Oleg Tinkov that he is still managing operations at the bank behind the scenes in breach of UK sanctions.

Hughes left the bank in March after Russia’s invasion of Ukraine. In July, a new law was introduced in the UK prohibiting the provision of management or business consultancy to any Russian companies. As a result, Hughes said in a blog post published on Thursday, November 3, he had “definitively cut the few remaining ties I had to the Russian business” in July.

The blog post was prompted by a row with the bank’s founder and former owner Oleg Tinkov, who accused Hughes of continuing to run the bank covertly, an allegation which Hughes described as “simply not true, not to mention libellous.”

In April, Tinkov sold the bank to oligarch Vladimir Potanin, who regularly tops the list of Russia’s richest men. Tinkov claims that he was forced to sell at a knockdown price by the Russian government, but Hughes says that the sale of Tinkov’s stake was precipitated by UK sanctions and was voluntary.

In a recent interview, Hughes revealed that he is advising a group of executives at a Singaporean fintech startup owned by TCS Group Holding Plc, the listed Cyprus holding company of Tinkoff. The startup, called Breeze Ventures, was created to develop TCS’ financial services business in Southeast Asia, particularly in the Philippines.

In an interview with Bloomberg, Oliver Hughes said that Breeze Ventures aims to spin off from TCS and become an independent entity in the near term.

Hughes is not alone among Tinkoff alumni in pursuing a role in emerging fintech markets. Neri Tollardo, the bank’s former head of strategy, is leading the development of a startup in Mexico called Different Ventures, which plans to introduce a Mexican credit card in early 2023, and hopes to obtain a banking licence.

The new ventures abroad by former Tinkoff executives are reminiscent of plans by Tinkoff Bank to expand internationally, which were foiled by Russia’s invasion of Ukraine and the ensuing sanctions against Russia.

In his blog post, entitled “Putting the record straight”, Hughes called Tinkov “the best entrepreneur to ever come out of Russia,” but lamented that he is also “highly manipulative and routinely distorts the truth to his own ends”.