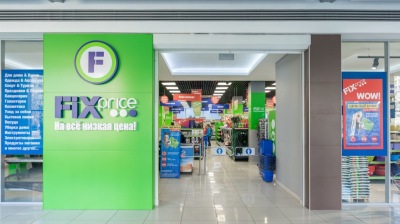 Fix Price, one of the leading variety value retailers globally and the largest in Russia, successfully priced its IPO on the Main Market of the London Stock Exchange at $9.75 per GDR, the top end of the previously announced price range to raise $2bn on a $8.3bn valuation
By bne IntelliNews March 5, 2021

This means that the Fix Price IPO becomes (source: Dealogic):

bne IntelliNews  previously profiled the company with an interview with the company’s CEO Dmitry Kirsanov prior to the IPO in October last year.

“It is no exaggeration to say that today’s announcement represents a landmark in the history not just of Fix Price, but also for value variety retail and the Russian retail sector more broadly, as the largest ever IPO by a Russian retailer. We are delighted with the extremely strong interest from the global investor community, which resulted in a strong and diversified order book including a number of blue-chip names and enabled us to upsize the offer beyond our original expectations. I would like to extend a warm welcome to all our new shareholders as they join the Fix Price family, and look forward to the next chapter in the exciting Fix Price story,” Dmitry Kirsanov, CEO of Fix Price said in a press release.

The company released details of the IPO and its operations in a press release: