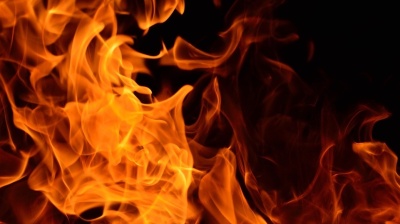 By Iulian Ernst in Bucharest October 1, 2021

Seven out of the ten patients in an intensive care unit (ATI) at Constanta hospital in Romania died after a fire broke out in the morning of October 1.

It is the third deadly fire in a Romanian COVID-19 hospital since the start of the pandemic.

With an interim health minister and a political crisis that has the public health system as one of the core issues, the government is already struggling to manage the health situation.

The number of COVID-19 patients in ATI units currently exceeds 1,300 and the daily death toll has surpassed 200 — figures that are close to the highest figures seen before the vaccination campaign began. A record high of over 12,000 new cases were reported on September 30.

The fourth COVID-19 wave hit Romania in September, putting pressure on the hospitals, particularly as the vaccination rate (stagnating around 30%) is advancing at a slow rate in Romania. Countries with higher vaccination rates have tended to see fewer serious cases requiring hospitalisation, but the government has failed to persuade many Romanians to get vaccinated.

The day before the fire, the government toughened restrictions, including by giving more freedom to those who have been vaccinated, compared to those who have only tested negative. Access to restaurants and events in cities with a high COVID-19 incidence rate (already reached in Bucharest and other first-tier cities) will be allowed only for those vaccinated or who have recovered from coronavirus, while a negative test can no longer be used to secure entry. The measures are clearly aimed at encouraging vaccination.

In the first major fire at a COVID-19 hospital in Romania, ten patients died in the ATI unit at the emergency hospital in Piatra Neamt on November 14, 2020.

On January 29 this year, three patients could not be rescued from a fire at the Matei Bals COVID-19 hospital in Bucharest. Another died because of trauma during the rescue operation, but the other 101 survived.

In a country where a fire in an underground club resulted in major street protests that overthrew the government in 2015, the latest fire in Constanta will again push the state of the healthcare system up the political agenda.

Healthcare was one of the areas claimed by the reformist USR-PLUS party, the junior ruling partner of Prime Minister Florin Citu's National Liberal Party (PNL), until it withdrew its support for the government last month.

Things never went smoothly between Citu and the USR-PLUS health ministers. The first, Vlad Voiculescu, was dismissed overnight in April, allegedly because one of his state secretaries signed a document provisioning for tighter quarantine thresholds at a time when the restrictions were in process of being lifted and public acceptance was diminishing after the tough winter period.

Citu will face a no-confidence motion on October 5, filed by the opposition Social Democrats, although there is speculation they may withdraw the motion following the tragedy in Constanta.