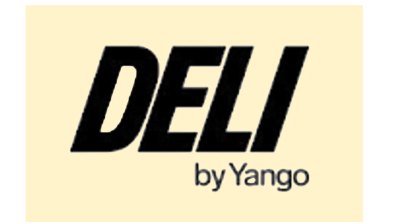 The first target is France, where Yandex registered a local company earlier this month and started hiring, according to a company spokesman cited by AFP. Initially covering the central districts of Paris, the service will operate under the international brand ‘Yango Deli.’

“In France, Yango Deli will use the company’s tried and tested model of hyperlocal delivery in 10-15 minutes from dark stores, supported by its proprietary technologies and know-how. It will take orders via its own app,” Yandex stated.

As planned, London will follow in the course of this quarter.

Yango is the name of the international arm of Yandex Go – the firm’s taxi aggregator and food tech business – which launched an e-grocery delivery service in Israel in late 2020. (In total, Yandex provides services in 17 countries, including in Finland, Israel, Estonia, Latvia, Lithuania and other countries of the former Soviet Union.)

In Russia, where it started in 2019 under the brand ‘Yandex.Lavka,’ the service delivers some 2,500 types of goods.

E-commerce boomed in Russia last year amid the pandemic, boosting delivery companies as well. The domestic online grocery delivery market surged 3.6 times to €1.71bn in 2020, and could reach as much as €3.31bn by the end of 2021, according to Infoline research cited by Yandex.

Very few Russian players in the e-commerce and related fields operate in Western Europe. Among them are Ozon, which works more and more with French suppliers and logistics companies, and Wildberries, which recently launched sales in Germany as well as France, Italy and Spain.

Last year in the UK, a Russian team founded Jiffy, aiming to launch an ultrafast delivery service in London. The start-up has just raised $6.6mn, mostly from Eastern European investors.

The international successes of JOOM are also noteworthy. This company, whose mobile apps sell Chinese products at cut-rate prices, did not start from Russia, but it was founded in 2016 by Russian entrepreneur Ilya Shirokov. France is among its main markets.

ING: So what is a greenium and how do we get to it?

Russia's CBR ups rate by 50bp to 5.5%, will keep hiking
Belarus is the “North Korea” of Europe, says US diplomat
ING: So what is a greenium and how do we get to it?

€36mn data centre to be built in southern Romania near Craiova.

Gideon to use the funds to accelerate the development and commercialisation of its robots and expand manufacturing, sales and marketing operations.

Company given valuation of more than $7.5bn. Berlin and Paris expansions expected this month.