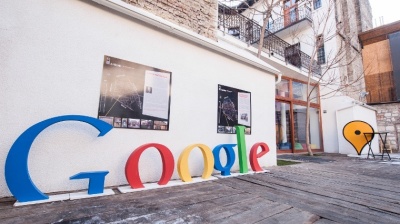 The European Court of Justice (CJEU) ruled in favour of Google on March 3 in a case in which the internet giant challenged fines imposed by Hungarian authorities for non-payment of a national tax on advertising.

In January 2017, Hungary’s tax authority (NAV) fined Dublin-based Google Ireland an initial €30,600 for failing to register for a tax on advertising in 2015, an amount that increased each day it went unpaid until it reached just over €3mn.

Hungary’s tax on advertisements introduced in 2015 applies to any person who publishes paid advertisements mainly in Hungarian or mainly on internet pages that are in Hungarian irrespective of place of residence. Non-resident taxpayers must register within 15 days of commencing activity subject to the tax or face a fine that may accrue, after continued non-compliance, up to an upper ceiling of HUF1bn (€3mn).

Google first took its case to the Metropolitan Court of Administration and Labour, claiming the law was discriminatory and breached the EU principle of freedom to provide services.

The EU Court of Justice agreed that a state can levy a tax on a company from another EU member state without breaching the principle of freedom to provide services under EU law, but it took issue with the daily imposition of successive fines, and the cumulative amount reaching millions of euros, without giving the company time to comply with their obligations.

Hungary’s system allows significantly higher fines for breaching the rule to register than other fines, the court said, adding a difference in treatment was disproportionate and therefore constituted a restriction on the freedom to provide services.

Based on today’s judgment, Google could not have avoided its tax payment liability in relation to the Hungarian advertising tax, a statement on the government’s official website read.

The court ruled that the legislation regarding the submission of tax declarations is not contrary to the EU principle of the freedom to provide services. At the same time, the method by which fines are imposed due to non-compliance with the obligation to submit tax declarations leads to a breach of EU law

The finance ministry said that the made clear that Google should not have avoided paying tax in line with the Hungarian law on advertising, and the court only objected to cumulative sanctions imposed when the company failed to register for tax payment.

The ruling concerning Google upholds the principle that multinationals operating in Hungary can be drawn into the system of common burden-sharing even if they do not actually have facilities based in Hungary, it added.

COMMENT: Risk premiums in Central Europe during the COVID era do surprisingly well

MTS AI, the artificial intelligence arm of Russian telco MTS, is launching an international acceleration programme and venture fund to invest in AI startups across the world.

Russian mobile operator MTS to invest $100mn in AI startups across the world
18 hours ago
Croatia’s Span starts trading after first IPO by local IT company on Zagreb exchange in 18 years
4 days ago
Russian Softline pursues international expansion in Baltic states, Belarus, Egypt
4 days ago
Connections Consult is fourth software producer listed on Bucharest's AeRO market this year
4 days ago
In a first, US sanctions Russian crypto exchange linked to ransomware
4 days ago