Estonian ruling coalition hit by resignation of another far-right minister 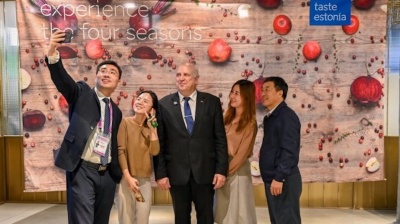 Estonia’s Prime Minister Juri Ratas dismissed Mart Jarvik, Estonia’s minister of agriculture, on November 25, following controversy over a conflict of interest involving one of his advisers.

Jarvik, a politician of the Conservative People’s Party of Estonia (EKRE), the far-right party that is in the ruling coalition with Ratas’ Centre Party, is EKRE’s third minister to leave the government is only six months. Despite EKRE’s earlier warnings that sacking Jarvik would lead to the collapse of the government, the coalition will continue, the party’s deputy head Martin Helme said.

Jarvik’s demise is linked to his now-former adviser, lawyer Urmas Arumae. The adviser was embroiled in a potential conflict of interest by representing defendants in an EU money fraud case that affected a body supervised by the agriculture ministry while working for the ministry at the same time.

The far-right EKRE became a surprise coalition partner to Ratas’s Centre Party in April despite the prime minister previously ruling out cooperation because of EKRE’s anti-immigrant views.

Running a strongly anti-immigrant campaign, EKRE more than doubled its support in Estonia in the March election. That made Ratas change his mind as he sought a majority in the parliament after he turned down a coalition offer from Estonia’s largest party, the Reform Party.

22 millionaires have submitted the required documents to participate in Lithuania’s general election slated for October 11. Ramunas Karbauskis, leader of the ruling Lithuanian Farmers and Greens ... more