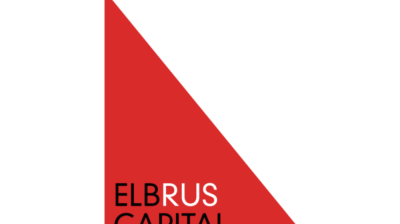 Tech investment fund Elbrus Capital has attracted $260mn to launch its third fund. and aims to raise $600mn in total by the end 2022
By East West Digital News in Moscow January 27, 2021

Elbrus Capital, a leading private equity firm focusing on Russia and neighbouring countries, has attracted $260mn to launch its third fund. As reported by business daily Kommersant, the firm aims to raise $600mn in total by the end 2022 for this new fund, which will focus on Russian digital companies, reports East-West Digital News (EWDN).

The first deals are expected to take place in the first quarter of this year. Elbrus Capital Fund III will typically invest from $30mn to $100mn in each company, but does not rule out “experiments” with smaller tickets.

Among the limited partners of this fund are international finance institutions from the UAE (affiliated to Abu Dhabi’s sovereign wealth found Mubadala and ADIA) and the EU, as well as family office and private funds. Some of these LPs are investing in Elbrus Capital for the first time, the PE firm told Kommersant.

Kryukov cited the example of HeadHunter: this Russian company now trades on the NASDAQ at a valuation exceeding $1.5bn, up from $130mn when Elbrus invested in it.

Elbrus Capital funds focus on growth and buy-out investments – even though its portfolio includes some rather young startups. The investment strategy focuses on four areas: digital, including consumer and business internet; changing consumer patterns (consumer goods and services); outsourcing and business infrastructure, including logistics; and healthcare and education.

In the digital sphere, the Elbrus portfolio includes:

This article first appeared in East-West Digital News, a partner of bne IntelliNews

The latest in Russian tech protectionism, the government is considering implementing a new tax on foreign IT firms that use consumer data for advertising.

Three companies say they plan to set up production of electric scooters at the Kokand free economic zone.

Tajik government has been trying for two years to boost state revenues by forcing tech firms like Microsoft, Google, Facebook and Booking.com to pay taxes inside Tajikistan.