COMMENT: Three decades of achievements and many challenges for Moldova 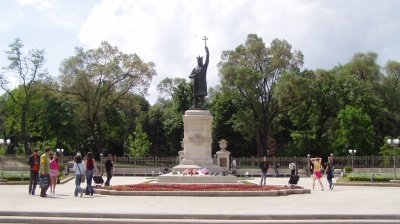 On August 27 this year, the Republic of Moldova will celebrate its 30th anniversary. Moldova became an independent state in 1991 (recognised as such by the United Nations in March 1992), in the aftermath of the Soviet Union’s dissolution. The “birth” of this state, based on the Declaration of Independence adopted by the Moldovan parliament, was an act of historical importance. The evolution of the newly born state during the last three decades was full of events, most of them predictable in the regional geo-political context and because of the intrinsic features of Moldovan society itself.

On a general note, it could be said that Moldova soon managed to achieve crucial features of an independent state. The first one, from this point of view, was full membership of the International Monetary Fund (IMF) and the World Bank Group, a remarkable achievement which was possible with the support of the Netherlands and Romania. The membership documents were signed in Washington DC at the US Department of State by the then prime minister of Moldova, Andrei Sangheli, on August 12, 1992. 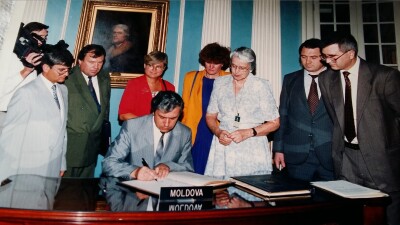 Source: Personal collection of the author

The financial support and the technical assistance granted by both the IMF and the World Bank, including the International Finance Corporation (IFC), were pivotal. These international financial institutions (IFIs), including the European Bank for Reconstruction and Development (EBRD) and later the European Investment Bank, Black Sea Bank for Trade and Development and other IFIs were instrumental in ensuring that Moldova can take its own decisions in the interest of its own people, based on its own strategic programmes and its political and economic interests and without the interference of geo-political interests, so much present in the region since the early days of independence and until today.

One other key early achievement of Moldova was the introduction of its own currency on November 29, 1993 with the support of the IMF, with the portrait of Saint Stefan the Great as national symbol. 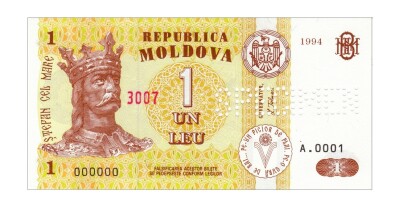 Source: The National Bank of Moldova

The Soviet-era rubles, the Russian ones and the Moldovan coupons were taken out of circulation as official means of payment and the Moldovan leu was printed with a starting exchange rate of 3.85 lei to the US dollar. Unfortunately, during its 28 years of existence, the Moldovan leu had a difficult fate, with a lot of depreciations due to global crises (see the case of 1998) and, moreover, due to unprecedented and unheard of banking frauds which culminated in the bankruptcy of Banca de Economii, Banca Sociala and Unibank in 2016. The “Moldovan laundromat” through which an estimated $20bn of Russian money was laundered through a few Moldovan and Baltic banks has also contributed to the woes of the leu, which currently has an exchange rate of MDL21.2684 to the euro and MDL17.8869 to the US dollar (the two key currencies in Moldova currently) .

The statue of Saint Stefan the Great in Chisinau 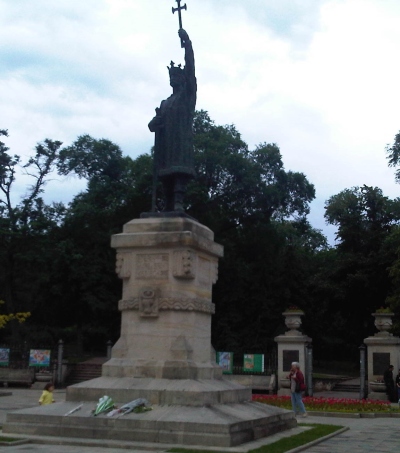 Source: Personal collection of the author

In short, during its three decades of existence, Moldova managed to implement good programmes to restructure its Soviet-era industrial “elephants”, promoted the development of rural tourism, improved the transport (mainly roads) infrastructure, developed the agricultural sector for which the country has excellent conditions, managed to achieve free-visa travel for its citizens in Europe, succeeded to maintain an annual inflow of remittances of €1.2bn-1.3bn from the Moldovan diaspora working abroad and, perhaps the most important one, signed the Deep and Comprehensive Free Trade Area (DCFTA) agreement with the European Union (EU), ratified in July 2016. All of these are worth mentioning on a non-exhaustive summary list of important achievements.

However, at the time when Moldova declared its independence, this country had a population of 4.33mn (including the so-called Transnistria region on the left bank of the Dniester River). This region alone with a population of some 0.7mn Moldovans, Russians, Ukrainians and other minorities, declared its own independence with the support of the 14th Russian Army which was (and still is) stationed in Tiraspol. This was one of the first serious challenges for the new “young” state. A separatist war erupted soon after and the population began to feel the consequences of the war. An exodus of Moldovans started despite a lot of logistical difficulties, as Moldovans did not enjoy free-visa access to Europe until June 2014. Many Moldovans (some estimates put the number at one million) applied for Romanian citizenship which, especially after January 2007 when Romania became an EU member, helped them emigrate to Romania, Europe and anywhere else. Apart from the Transnistrian war, the exodus was mainly triggered by the low level of GDP per capita, high unemployment, banking frauds and corruption at the highest level of the political spectrum up to 2016-2018. Meanwhile, after starting its transition with zero external debt, Moldova accumulated a sizeable level of this indicator at $8.25bn, which represents more than 68% of its GDP, as of end-March 2021. The obvious impact of this is that it will put pressure on the leu’s exchange rate and possibly accelerate the emigration process.

According to the most recent available data, Moldova currently has a population of only 2.9mn citizens, of which some 0.3mn live in Transnistria (an estimated total decrease of some 1.5mn citizens). However, it is fair to say that Moldova was not the only state in transition to a market economy with such a convoluted dynamic of its population. For instance, Romania lost a large part of its 23mn population as of end-1989. It is estimated that 5mn Romanians have emigrated since the dramatic events of December 1989. Ukraine and Poland’s populations have also decreased during the last three decades of transition. Many other transition countries have suffered similar developments.

These were fundamental changes in the fabric of the Moldovan society, with long-lasting consequences. Measures to reverse these dire trends are needed more than ever. The recent political changes (new reform-minded president, new parliament following the July 11 election with a good majority for the main party (PAS) and a new mono-colour government in office since August 6) offer a long-awaited mix which should be utilised to the maximum to consolidate reforms, eradicate corruption, attract more foreign direct investment (FDI), create conditions for private SMEs to flourish and, finally, improve the living standards of the local population. The EU and most IFIs stand ready to support. In a way, one could say that Moldova has never had a better political environment to push for the much needed reforms and to direct the country towards developed Europe where it belongs.

Alexandru M. Tanase is an independent consultant and former associate director, senior banker at the EBRD and former IMF advisor. This article represents the author's personal views, and are not those of the EBRD, the IMF or any other institution quoted. The assessment and data are based on information as of mid-August 2021.

Moldova declares state of alert, seeks to buy gas from Ukraine or Romania

It’s one thing encountering fakes and disinformation online, it’s quite another when someone fabricates a fake that strives to destroy your own life and career. This is what has just happened to me – a journalist with 20-year experience.

Recurring import bans by the Russian agricultural watchdog attest to a problem with Moscow’s idea of free trade.