COMMENT: Does Russia have any friends left in Southeast Asia? 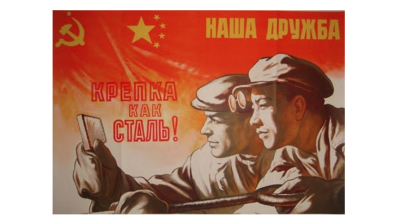 Russia's war in Ukraine has driven it into the arms of China, but the rest of SE Asia is trying to sit on the fence / wiki
By Mark van Loon in Seoul August 4, 2022

The geopolitical earthquake that is the Russian invasion of Ukraine has clearly strengthened alliances on both sides. Russia and China’s friendship is, at least on paper, ‘unlimited'. The consensus among most other East and Southeast Asian countries is that Moscow’s actions are illegal and contravene international law.

On the economic front, key regional powers Japan and South Korea were among Russia’s largest trading partners in 2021, each selling $8bn of mostly high value-added products such as cars, machinery and electronics, hard to replace domestically.

Sanctions have caused these exports to collapse. Where South Korea sold $935mn in trade to Russia in February 2022, the last month before the invasion, by June this had fallen to $337mn. Imports from Russia, mainly oil and coal, fell from $1.7bn in February to $800mn in June.

These numbers dwarf the $73bn that ally China exported to Russia in 2021, but here growth is slowing down as well, especially in machinery and electronics, as Chinese producers are wary of Western sanctions.

Other large countries not directly in the West’s orbit, such as Indonesia, Philippines, Vietnam, Malaysia and Thailand, keep trading with Russia. But they have seen an impact on their economies, especially in the tourism sector, in access to raw materials, inflation of input prices and payment problems after Russia’s exclusion from SWIFT.

Politically, they are trying hard not to take sides.

President Joko Widodo of Indonesia, who will chair the G20 summit in Bali in November and is the second largest importer of Ukrainian wheat, visited Kyiv and Moscow in June.

Short of ending the war or pressing the adversaries to resume agricultural shipments, he is trying to salvage the Bali meeting. Some G20 members have threatened to boycott it if the Russian president joins. Putin has confirmed his attendance. As Widodo invited Zelenskiy as well, the summit could end in quagmire.

Fence-sitting by ASEAN countries will be severely tested this week, when they decide to grant Ukraine Treaty of Amity and Cooperation in Southeast Asia (TAC) status. This is de facto symbolic, but would send a strong message of support to Kyiv.

Militarily, Moscow has been stepping up its activities in Asia, even before the start of the invasion. Russia’s Pacific Fleet held joint naval exercises with China in October 2021 in the Sea of Japan, circling the Japanese islands.

In May 2022, as US President Biden was visiting the region, Russia and China sent fighter jets and bombers over the Sea of Japan, East China Sea and the Sea of Philippines.

Both the Japanese and South Korean air forces scrambled fighter jets to warn the intruders and conduct surveillance.

The objective clearly seems to be to intimidate, and arguably to show Russia can still project power in Asia despite the lion's share of its resources being stuck in Ukraine. Japan has its own territorial dispute with Russia over four islands of the Kuril Archipelago in the Far East that were invaded in 1945 by the Soviet Union and are currently administered by Russia.

In March, Russia withdrew from negotiations about a solution and froze economic projects on the islands. Characteristically it conducted military exercises on the islands in the same month.

The result of this Russian-Chinese sabre-rattling has, rather than frightening its opponents, strengthened their resolve. Both Japan and Korea, not Nato members, joined the July gathering of the Alliance in Madrid to bolster relations in light of the ‘unpredictable’ international situation. Japanese PM Kashida stated: ‘I feel a strong sense of crisis that Ukraine could be East Asia tomorrow.’

In Japan, the aggressive behaviour of Russia and China has been a catalyst for a review of its defence strategies and spending plans. ‘The Japanese MoD and ruling party LDP are using Russia’s invasion to argue the world has changed’, says Ryosuke Hanada of the Department of Security Studies and Criminology at Macquarie University.

The Defence Ministry sees the global situation as the ‘biggest challenge since WWII’. The LDP said earlier in the year that it is keeping Nato’s 2% of GDP as guidance, although it later watered down that number. In the context of its pacifist defence doctrine, the revisions would be a complete turnaround.

‘The fundamental motivation of the MoD is closing the military gap with the PRC,’ Hanada adds.

For South Korea, Russia’s war in Ukraine has a different impact. Its sizeable defence industry is seizing the opportunity to sell arms to Nato countries. The fastest growing arms exporter in the world sees demand especially strong in Eastern Europe.

In late July, Poland signed a framework deal with South Korea for weapons systems. The deal, worth $15bn according to Korean media, is its largest-ever weapons export contract. South Korea’s arms exports achieved a record high of $7bn in 2021.

South Korea was the only country that could deliver fast, said Polish Defence Minister Mariusz Blaszczak. The deal, which includes fighter jets, howitzers, armoured tanks and technology transfers, will transform Poland’s army. It has been handing over its older systems to Ukraine.

Russia still has allies left such as Vietnam, Laos and Myanmar, but there are signs that especially Vietnam, with bilateral trade of $7bn in 2021, is becoming a more lukewarm partner.

Not much upside for Russia in Southeast Asia either.

ING: Eurozone PMI suggests the region may already be in recession

The third decline in a row for the eurozone PMI indicates that business activity has been contracting throughout the quarter. This confirms our view that a recession could have already started.

ING: Energy price caps are appealing, but are not without risks

On 14 September 2022, Ursula von der Leyen, President of the European Commission, announced in her State of the Union speech a set of proposals to mitigate the impact of high energy prices.

OPINION: Belgrade’s EuroPride parade was a victory against the Kremlin

The triumph of love over hate showed most Serbian citizens want to live in the democratic world despite Moscow’s efforts.

Sanctioned Russian diamonds are reaching the US consumer, but some are getting there legally – for now
6 hours ago
EBRD: Reduced gas supplies and inflation to slow growth further in EBRD regions
15 hours ago
ING: Eurozone PMI suggests the region may already be in recession
2 days ago
ING: Energy price caps are appealing, but are not without risks
7 days ago
OPINION: Belgrade’s EuroPride parade was a victory against the Kremlin
7 days ago