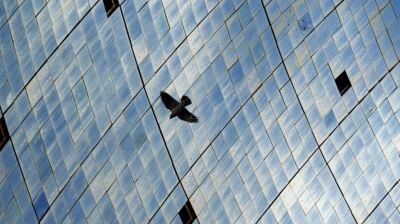 A scandal has broken out after the director of state-owned power agency the Guaranteed Buyer, Kostiantyn Petrykovets, refused to delay a payment to one of Ukraine’s oligarchs, he claims.
By Cameron Jones in Kyiv November 15, 2021

A fresh scandal has broken out over what to do with the money from a $825mn green bond recently issued by Ukraine’s national power company, Ukrenergo, that ended with the sacking of director of state company Guaranteed Buyer (GarPok) Kostiantyn Petrykovets, who wanted to use the money to pay off most of the $1bn of debt the state owes to the owners of Ukraine’s renewable energy producers.

Specifically, it was reported that Petrykovets was told by government officials to hold up payments to green power companies belonging to Rinat Akhmetov, Ukraine’s richest man, as a way of exerting pressure on the oligarch.

The bond was specifically marketed to investors to clear this debt that has been threatening to plunge the nascent sector into crisis. After former President Petro Poroshenko offered extremely attractive green tariffs, investors – both foreign and domestic – poured some $5bn of investment into the sector. However, the government miscalculated and the newly established GarPok found itself unable to pay for the power they were producing. The government has been negotiating with the producers in the hope of reducing the tariff, but several have been threatening to sue the government for breach of contract.

The argument over green tariffs has been very embarrassing for the government and hurt the one sector that has attracted real foreign direct investment (FDI). Renewables are at the heart of the government’s energy sector modernisation plan, which is supposed to see green energy increase to 25% of the overall power generation mix in the coming years.

Now the fresh scandal will only undermine confidence further. Despite being billed as a green bond that will be used to pay for green power, the government reportedly blocked the money. While nuclear power does not emit any greenhouse gases (GHG), there is a hot debate over whether it qualifies as a green source of energy because of the environmental impact of nuclear waste storage.

As head of GarPok, Petrykovets directed that UAH19.3bn ($732mn), received from state company Ukrenergo from its bond issue, be used to repay its arrears to green power producers, Petrykovets said. However, when the payment was ordered it was blocked by state-owned Oschadbank, Petrykovets told a TV Channel on November 13.

Oschadbank denied any payments problems and said on November 15 all its payments are processed in the regular way.

Petrykovets, following up with comments to Interfax Ukraine on November 15, said that as of the end of the day on November 12, only UAH5.6bn ($212mn) out of UAH19.3bn ($732mn) has been paid to green renewable producers, and the distribution of funds to those companies was “not proportional.”

According to zn.ua news site, Petrykovets has been caught up in the conflict between President Volodymyr Zelenskiy and Akhmetov, who is also under pressure due to the new oligarch law that the president signed into law earlier this month.

NV.ua reports that the government is trying to put pressure on Akhmetov by holding up the GarPok payments to Akhmetov’s companies. By law, GarPok cannot discriminate between any green power producer and must pay them all, equally and at the same time.

Ukrenergo issued the green Eurobond specifically to repay Ukrenergo’s debt to GarPok, which could then use the funds to pay the renewable energy producers.

The Ukrainian Cabinet held an emergency meeting at the weekend to sack Petrykovets due to his “lack of professionalism and causing losses to” GarPok and the state of over UAH500mn ($19mn), Interfax-Ukraine reported on November 13 citing the Cabinet’s press release.

The losses were caused by selling electricity “at deliberately low prices for the benefit of a certain financial and industrial group.” Energy Minister Herman Haluschenko told a press briefing on November 15 that all the money raised by Ukrenergo from the Eurobond placement would be directed solely to green energy producers.

“The Cabinet’s reasoning does not explain why it held the extraordinary meeting on Saturday to dismiss Petrykovets. Such circumstances make us believe the allegation made by Petrykovets is much closer to reality than the Cabinet’s,” Alexander Paraschiy of Concorde Capital said in a note.

Since the oligarch bill was passed Akhmekov’s media have started actively criticising Zelenskiy in the last month and the president’s popularity has been falling in the polls as a result.

“If Zelenskiy indeed has decided to use the delay of GarPok payment to Akhmetov as a tool for pressuring him, this does not look like a wise move. Most of the other affected green producers are international investors, while among the buyers of the recent “green” Eurobond there is EBRD. Discrimination against certain green producers is not allowed. The status of Ukrenergo’s bond as “green” and “sustainable” can be questioned with such government’s moves,” Paraschiy said.