bneGREEN: UN warns that net-zero pledges are insufficient and not urgent enough 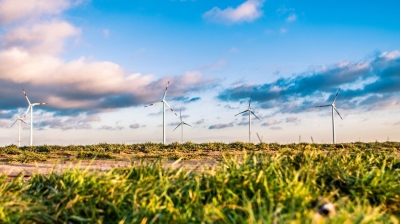 A majority of G20 net-zero pledges made so far are not strong enough and are not backed up by meaningful and effective promises of action, the United Nations Environment Programme (UNEP) said its Emissions Gap Report.

The report warned that there was too little detail in current pledges from the world’s wealthiest nations about how they will reduce CO2 emissions in order to reach net zero by 2050.

Taking all countries as a whole, the report found that new and updated Nationally Determined Contributions (NDCs) only reduce predicted 2030 emissions by 7.5%, while 55% is needed to meet the 1.5°C Paris goal.

Indeed, the latest climate promises would put the world on track for a temperature rise this century of at least 2.7°C, way beyond the 2°C and 1.5°C targets set out in the Paris Agreement.

The report also warned that developing and emerging nations risk becoming the world’s biggest emitters if they do not receive more aid and gain greater and more equitable access to climate finance.

“Sadly ... the emissions gap remains .... countries are still plotting a course to blow past 1.5 degrees. One chink of light is that around 50 countries ... have made clear pledges to go to net-zero. But these must be matched by ambition this decade,” said Steve Smith, director of Oxford Net Zero and one of the report’s authors.

“In 2021, there are trillions of dollars on the table, and yet again, green industries are getting pennies. The huge sums spent to recover economies from COVID-19 are a once-in-a-generation opportunity to boost low-carbon technologies and industries. In most cases, this opportunity is not being taken,” said Brian O’Callaghan of Oxford University’s Global Recovery Observatory.

The report said that while the recent wave of national net-zero pledges is a promising development, the gap in ambition for the coming decade remains stark.

In terms of numbers, the report said that to have any chance of limiting global warming to 1.5°C by 2100, the world has eight years to remove an additional 28bn tonnes of CO2 equivalent of greenhouse gas (GHG) emissions, over and above what is promised in current updated NDCs and other 2030 commitments.

With total GHG emissions set to reach 60bn tonnes in 2021, this means that emissions must almost halve by as soon as 2030 in order to meet the 1.5 °C target.

One way forward is for more countries to published concrete investment plans in the years to 2025 and to 2030, meaning that more, and quicker, action is required.

"While current pledges of action to 2030 put us on course for global warming to reach 2.7°C above pre-industrial levels by 2100 – the timescale set out in the 2015 Paris Agreement – the addition of these net-zero pledges, if fully implemented, could bring warming down to 2.2°C."

The report found that what it terms the emissions gap is the result of a number of failings up to now.

For example, just 12 out of the 20 G20 members have made net-zero pledges as of October 26. Secondly, most of these are not backed up with details such as the activities they cover, detailed delivery plans or the extent to which they rely on carbon offsetting.

Another problem is that what is contained in the pledge document does not always match achieving net zero by 2050. The report found that four G20 members with net-zero pledges are currently committed to emissions levels in 2030 that would result in 25-95% greater emissions than their pledges.

In terms of post-recovery spending, the report found that $16.7 trillion had been spent internationally on pandemic packages, reflecting the highest level of public spending since World War 2.

However, just a small fraction of the $2.3 trillion of ‘recovery spending’ (some $400bn) is likely to help reduce GHG emissions.

This concentration of recovery spending in rich countries means that emerging market and developing economies are likely to become the world’s top emitters, while at the same time suffering disproportionately from the impacts of climate change.

‘This is a particular slap in the face for vulnerable nations who are suffering the worst consequences of climate change. The commitment of advanced economies to deliver $100bn per year to vulnerable nations by 2020 for climate action was not met, despite spending almost 17 times as much on COVID-19. And the $100bn commitment was itself woefully insufficient for its task. To add to it all, we remain without a commitment from the highest emitters to cover the loss and damage that they have brought on the world,” warned Oxford University’s O’Callaghan.

The report stressed two major ways to ensure that emissions fall. The first is to reduce methane emissions from the fossil fuel, waste and agriculture sectors. The gas has a global warming potential over 80 times that of carbon dioxide over a 20-year horizon; it also has a shorter lifetime in the atmosphere than carbon dioxide – only twelve years, compared to up to hundreds for CO2 – so cuts to methane will limit the temperature increase faster than cuts to carbon dioxide.

The second issue is carbon markets, which have the potential to reduce costs and thereby encourage more ambitious reduction pledges.

However, there must be clearly defined rules that are designed to ensure that transactions reflect actual reductions in emissions, and are supported by arrangements to track progress and provide transparency. Otherwise there could be a risk of greenwashing, as green investments could prove to be less green that promised.

Revenues earned through these markets could fund mitigation and adaptation solutions domestically and in vulnerable nations where the burdens of climate change are greatest.

Such innovation is needed to prevent 'greenflation', whereby the cost of reducing emissions is passed on to the consumer in the form of higher energy prices.

The report concluded that if more and better net-zero commitments and targets for 2030 were made, as outlined in the report, then forecasts for global warming could be cut by 0.5°C from the forecast of 2.7°C by 2100.

“Climate change is no longer a future problem. It is a 'now' problem,” said Inger Andersen, executive director of UNEP.

“To stand a chance of limiting global warming to 1.5°C, we have eight years to almost halve greenhouse gas emissions: eight years to make the plans, put in place the policies, implement them and ultimately deliver the cuts. The clock is ticking loudly.”

A total of 49 countries plus the EU have pledged a net-zero target, covering over half of global domestic GHG emissions, over half of GDP and a third of the global population, the report said.

As such, the report stressed the inadequacy of existing climate change plans by the world’s richest and most industrial nations. More will need to be done, and the COP26 summit in Glasgow will concentrate minds and sharpen the focus of the world. But as always, it is the wealthiest and most industrialised countries that need do the required heavy lifting if net zero is to be reached.

Key countries to watch are China, South Korea and Japan. All three have not yet formally submitted updates NDCs to the UNFCCC, but have announced enhanced pledges that result in annual reductions by 2030 of about 1.2bn tonnes of CO2 equivalent. But, as the report finds, this is not enough; more is needed.