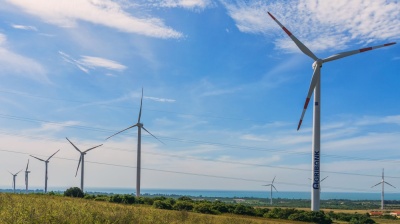 Europe’s electricity system could become greener, more secure and more resilient while not requiring any funding if the right investments are made to replace increasingly expensive fossil fuels.

Modelling from green think-tank Ember has found showed that a cleaner, bigger electricity supply will allow Europe to achieve net zero by the target date of 2050.

And Ember found that this can be done at no extra cost by 2035, compared to stated plans. Higher upfront investments of up to €300-750bn will be needed, but ditching fossil fuels in favour of clean electrification will save an estimated €1 trillion by 2035.

With Europe facing cuts to Russian gas and oil supplies and rising temperatures exacerbated by man-made climate change, the continent has no time to lose with laying the foundations of a secure energy system and with avoiding any future climate human crisis.

Such spending would allow European power supply to rise by 55-65%, vital for the higher levels of electrification needed in transport, while emissions intensity would fall by 90%. These two actions are needed to decarbonise and electrify the economy.

The resulting boost to electrification could reduce Europe’s fossil fuel consumption by 50% by 2030, replaced by efficiency and home-grown renewable energy.

By 2035, accumulated savings in avoided fossil fuels amount to up to €1 trillion.

The details of the model are that if development is driven by economics and a 1.5C carbon budget, then by 2035 there will be 95% lower emissions, with the power supply 70%-80% wind and solar and with up to 5% of unabated fossil fuels. Coal would account for under 1% of fossil fuels, with gas accounting for the rest.

Ember also stress-tested its model to cope with weather extremes, such as “dunkelflaute” conditions, where a cold spell coincides with prolonged low wind and solar output.

In terms of technology, one key development is increasing storage and system flexibility to enable cheap wind and solar in order to provide 70-80% of supply by 2035.

This will need a doubling of electricity connections, 200-400 GW of hydrogen electrolysers by 2035 and some clean back-up dispatchable sources, such as hydro or low-emission gases.

Ember said that its plans represented a greater reduction in fossil fuel consumption than in the European Commission’s REPowerEU plan, albeit not as targeted at reductions in fossil gas.

Nonetheless, it would deliver major improvements in Europe’s energy sovereignty at a time when reducing fossil fuel dependence is an urgent priority for climate, the economy and security.

Meanwhile, Ember’s modelling found that new nuclear was not cost-effective or even needed for security of supply. Yet Ember did say that there was no need to abandon current projects in development, as building new plants as planned would not significantly raise costs, and could even help to reduce fossil gas more quickly.

To make all this happen, €300-750bn of brand new investment would be needed, enabling solar and wind deployment up to four times faster.

To conclude, Ember said that developing such a clean system by 2035, which would be dominated by renewables while still featuring the last remnants of fossil fuels, would be “feasible and desirable.”

Scaling up clean power will save money, put Europe on track to meet its climate commitments and reduce its reliance on imported fossil fuels.

Upgrading the system and quadrupling growth in wind and solar capacity requires an additional upfront investment of €300-750bn. The avoided fossil fuel consumption would save Europe an estimated €1 trillion by 2035, with multiple benefits to climate, health and energy security.

Serbia to crack down on environmental crime