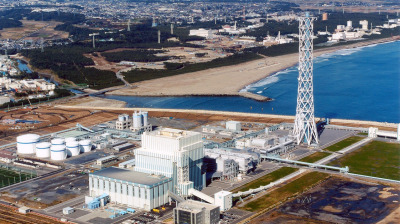 The combined climate pledges of 193 governments would limit global warming to 2.5°C by 2100, way above the Paris Agreement goals of 1.5°C.

UN Climate Change said in its 2022 NDC synthesis report that countries were managing to bend the curve of global greenhouse gas (GHG) emissions downwards. While welcome, the report underlined that these efforts remained insufficient to limit global temperature rise to the Paris limit of 1.5°C.

The report found that current commitments will increase emissions by 10.6% by 2030 compared to 2010 levels.

This is an improvement over the same body’s 2021 assessment, which found countries were on a path to increase emissions by 13.7% by 2030 compared to 2010 levels.

The major positive take-away from the report is the best scenario, emissions are no longer forecast to be increasing after 2030, in contrast to the 2021 forecast, which showed projected emissions would continue to rise beyond 2030.

The best forecast in the report, which would rely on all current NDCs being implemented in future with all their conditional elements, would mean that emissions would stand at 49.1bn tonnes of CO2 equivalent in 2030, 6.6% lower than 2019 levels of 52.6bn tonnes and 5.1% less than 2025 emissions of 51.8bn tonnes. This forecast foresees emission levelling out before 2025.

These conditional elements are a hard sell, though, requiring a range of optimal developments. These include: access to enhanced financial resources; technology transfer and technical co-operation; capacity-building support; availability of market-based mechanisms; and absorptive capacity of forests and other ecosystems.

A more realistic forecast, which only takes into account current active NDCs, puts 2030 emissions at 52.5bn tonnes, although this is still below the 2025 forecast of 53.4bn tonnes, suggesting that peak emissions would be reached between 2025 and 2030.

The UN’s Intergovernmental Panel on Climate Change’s 2018 report indicated that CO2 emissions needed to be cut 45% by 2030 compared to 2010 levels.

The latest science from the IPCC released earlier this year uses 2019 as a baseline, indicating that GHG emissions need to be cut 43% by 2030. This is critical to meeting the Paris Agreement goal of limiting the temperature rise to 1.5 degrees Celsius by the end of this century and avoiding the worst impacts of climate change, including more frequent and severe droughts, heatwaves and rainfall.

Looking ahead to 2050, UN Climate Change said in a separate report that with long-term, low-emission development strategies that GHG could be roughly 68% lower in 2050 than in 2019, if all the long-term strategies are fully implemented on time.

The report examined current long-term strategies that represent 62 Parties to the Paris Agreement, accounting for 83% of the world’s GDP, 47% of global population in 2019, and around 69% of total energy consumption in 2019.

The UN said its report sent a strong signal that the world was starting to aim for net-zero emissions.

The report noted, however, that many net-zero targets remain uncertain and postpone into the future critical action that needs to take place now.

Ambitious climate action before 2030 is urgently needed to achieve the long-term goals of the Paris Agreement.

In January, the International Renewable Energy Agency (IRENA) found in its own assessment of the NDCs that the pledges would limit global warming by 1.8°C by 2050 and 2.1°C by 2100.

IRENA warned at the time in no uncertain terms that the renewable energy commitments in current NDCs are nowhere near those required to meet the 1.5°C target for 2100, or the 2050 net-zero target.