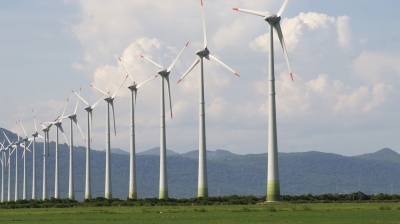 The world is heading for a 2.8°C rise in global warming by 2100 unless governments urgently improve their emissions targets, the UN warned, otherwise the window of opportunity to take the required climate action will slam shut.

United Nations Secretary-General António Guterres said that the world faces a catastrophe if governments do not dramatically scale up their efforts to counter the climate crisis.

He warned that the world’s failure to take climate change seriously enough means that the “rapid transformation of societies” was the option to limit the impact of climate change.

Put simply, the climate emergency is set to seriously disrupt all aspects of the global economy, requiring a major re-orientation of infrastructure investment towards green energy and clean technology.

The UN Environment Programme’s (UNEP’s) Emissions Gap Report 2022 warned that since COP26 in Glasgow, governments have failed to improve their Nationally Determined Contributions (NDCs), which set out their actions plans to cut emissions and adapt to climate impacts.

The report despaired of efforts by global governments, dubbing them, “inadequate.” The NDCs that have been updated since COP26 make a negligible difference to predicted 2030 emissions, the report said.

Instead of the Paris goals of well below 2°C, preferably 1.5°C, current pledges will cause a 2.4-2.6°C temperature rise by the end of the century.

“Commitments to net zero are worth zero without the plans, policies and actions to back it up. Our world cannot afford any more greenwashing, fake movers or late movers,” Guterres said.

“We must close the emissions gap before climate catastrophe closes in on us all.”

The report echoes the warning the UNEP made a year ago when it released its 2021 Emissions Gap Report. At that time, the report warned that pre-COP26 climate promises would put the world on track for a temperature rise of at least 2.7°C by 2100.

Compared to last year, the UNEP is warning that over the past year, despite the hopes of COP26, virtually no progress has been made on combating climate change and meeting the Paris Agreement targets.

The report warned that it was not possible to delay any further, and that the last opportunities to limit global warming to the 1.5°C laid out in the Paris Agreement were now fast disappearing.

Inger Andersen, Under-Secretary-General of the United Nations and executive director of the UNEP, noted that NDCs, sometimes called pledges, updated since COP26 had only shaved less than 1% off projected GHG emissions in 2030, far off the 45% reduction – over and above current policies – the report identified to meet 1.5°C.

“The science from UNEP’s Emissions Gap Report and indeed science presented by our friends at the UNFCCC and the WMO earlier this week is resounding: we are sliding from climate crisis to climate disaster,” she warned.

“We need a root-and-branch redesign of the electricity sector, of the transport sector, of the building sector and of food systems. And we need to reform financial systems so that they can bankroll the transformations we cannot escape,” she said.

Put simply, the world is nowhere near meeting the Paris Agreement goals if the track record of the past year is anything to go by.

The UNEP’s dire warnings contrast with the International Energy Agency’s (IEA) small ray of hope is the form of its World Energy Outlook 2022. The IEA said that the global energy crisis could be a historic turning point towards a cleaner and more secure future, with demand for fossil fuels set to peak by around 2025.

The crisis triggered by Russia’s invasion of Ukraine is causing profound and long-lasting changes that have the potential to hasten the transition to a more sustainable and secure energy system.

Yet even with this 2025 peak, the report warned that it still predicted that global warming could only be limited to 2.5°C by 2100 if current government policies continue. The 2025 peak would also allow the share of fossil fuels in the global energy mix could fall from around 80% just now to just above 60% by 2050. Global CO2 emissions would fall back slowly from a high point of 37bn tonnes per year to 32bn tpy by 2050.

While welcome, the 2025 peak in fossil fuels is nowhere near soon enough to meet the Paris goals, a conclusion shared by the UNEP report.

The IEA’s report stressed that the war in Ukraine had had a deep impact on global green politics and investment, effectively nudging the world towards green technology.

The report referred to such responses as the US Inflation Reduction Act, the EU’s Fit for 55 package and REPowerEU, Japan’s Green Transformation (GX) programme, and ambitious clean energy targets in China and India. These could raise global clean energy investment to $2 trillion per year by 2030, 50% more than today.

The IEA said that today’s prevailing policy settings – which it calls the Stated Policies Scenario – could make every fossil fuel exhibit a peak or plateau in demand in the coming years. For coal, the plateau would be about 2025, for gas the end of the decade and for oil the mid-2030s. This means that total demand for fossil fuels declines steadily from the mid-2020s to 2050.

The IES said that the way to reduce emissions and to meet the Paris targets is for governments and corporations to undertake a rapid increase in investment in green technology.

For example, the IEA predicts that current investment trends will raise green spending to $2 trillion per year by 2030, as set out in the report’s States Policies Scenario. However, to reach net-zero emissions by 2050, investment must reach $4 trillion, or twice as much as currently planned, by 2030.

Investment and supportive government policies are needed to develop both green technology, led by solar PV, wind, EVs and batteries,

Despite these welcome trends, pushed forward by the war in Ukraine disrupting global energy systems, the main takeaway is that the world is still far from being able to contain climate change.

Only major and rapid changes in energy spending priorities that will cause major dislocation to global political and economic systems can even come close to meeting the Paris targets.