Belarusian opposition’s Olga Karach: “Our people are blaming Putin for what is going on” 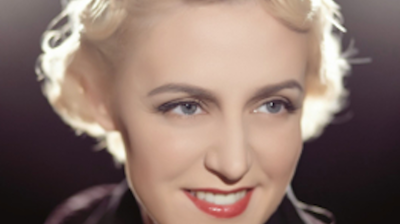 The genie is out of the bottle and, with Belarus being engulfed by swelling protests, riots and strikes, President Alexander Lukashenko, who won 80% in an evidently rigged presidential election on August 9, will be compelled soon to rely only on the military and law enforcement, believes Olga Karach, the leader of the civic initiative Our House (Nash Dom), the voice of Belarusian opposition in Lithuania and an ex-deputy of Belarus’ Vitebsk City Council, who had to flee Belarus for her safety. bne IntelliNews spoke to Karach about the events in Belarus.

Have Brussels and other major world capitals lived up to your expectations in terms of their response to Lukashenko’s ongoing violence against the peaceful people, the incarcerations and what was an apparently rigged election?

We expect the European Union to pass a package of punitive sanctions against the Lukashenko regime.

We expect that the EU will do whatever it takes to end the killings and jailing.

The information we possess is that it is happening on an immense scale in Belarus now. Some of the protestors are being tortured not only in prisons, on the streets, but plain-clothes security agents do that in the people’s flats.

Indeed, while some may want to see what happens next, the situation in Belarus is becoming hotter and less predictable – the protests are encompassing more factories and state institutions. In fact, many of them have gone on strike.

I was informed that riots flared up in four Belarusian prisons. Note, all the people have come forward in one way or another with a political message: “Lukashenko, go away!”

It looks, however, that Lithuania, Belarus’ western neighbour, is seeking the harshest sanctions against Lukashenko regime, while many others are playing a waiting game. Do you agree?

Partly owing to them, a group of Lithuanian lawmakers and the Ukrainian Parliament have commenced procedures to render Lukashenko and his authorities illegitimate.

Being here in Vilnius, I’ve received plenty of messages through different messaging apps on their efforts – not on the highest levels yet – to rule on the illegitimacy of the presidential election and Lukashenko himself.

Are you going to pursue legitimacy for Svetlana Tikhanovskaya, the top opposition candidate who entered Lithuania in early hours of August 10, as a new president of Belarus?

This is exactly what we are pursuing. For us, people of the opposition, she is our new president, a new president of the Republic of Belarus.

Did Tikhanovskaya agree to play the role after she left Belarus for Lithuania? Judging from the Youtube statement, all she wants is to stay with her children…

(pause) Each of us have ended up in difficult or dangerous situations in our lives. So did she. As humans, we have our weaknesses, which is understandable and which are natural. Svetlana has said clearly that she would hold a new presidential election should she, a mother and a brave woman, be elected. I am sure she has not repudiated that pledge.

Did you have a chance to speak to Tikhanovskaya in Vilnius and make sure she wants what you and her supporters want?

No, I didn’t. She has self-quarantined herself due to the [coronavirus] COVID-19 requirements that Lithuania has. She certainly needs to take some rest before speaking out on her next moves.

Do you sincerely believe that a second Maidan is possible in Belarus and that Lukashenko can be deposed as the president?

We perhaps cannot speak of a second Maidan, because it is too late for it. What I see happening is Lukashenko’s war against his own people – a war that he waged with the support of the police and the military.

With the whole nation rising against him, his power has started crumbling and the process is inevitable.

In fact, the forms of protests that ordinary Belarusians have chosen against the Lukashenko regime are very different – from not paying utilities, taxes, defying orders, et cetera. Swathes of Belarusians go to local banks and exchange the Belarusian ruble to a hard currency – out of indignation for the regime and fear that the economy will tank. The scope of the protests is increasing and is encompassing many others.

Yet it is up to the EU now to prove they the democratic values and principles it preaches work in dealing with Belarus too.

Turkish lira finds another all-time low with Erdogan’s Caucasus adventurism no help at all
10 hours ago
Head of MS Estonia tragedy investigation says ship went down after collision with submarine
19 hours ago
Armenia accuses Turkey of sending in direct military support for Azerbaijan including F-16s
20 hours ago
Bucharest mayoral race win puts reformist USR in strong position ahead of general election
1 day ago
Belarusian police use stun grenades, pepper spray and fire shots to control Sunday's mass rallies
1 day ago