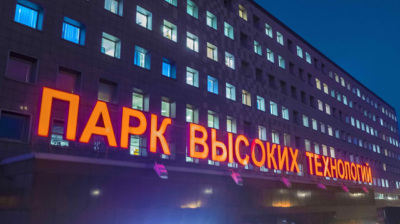 Almost one year after heavy political crackdowns began in Belarus, its IT industry, which used to be compared to Silicon Valley, faces extremely uncertain prospects.

Just recently, Belarus' IT industry boasted over 1,000 ambitious and vibrant startups, presenting just about the only bright spot in a struggling economy that had seen little improvement since the Soviet era.

However, brutal police attacks on protesters following last August's presidential election, which is widely believed to be rigged in favour of incumbent Alexander Lukashenko, and the ensuing Western sanctions prompted numerous IT professionals and entire companies to pack up and leave Belarus.

Incidentally, a major boost for Belarus' IT industry came from Lukashenko's later foe, Valery Tsepkalo, who founded Hi-Tech Park in Minsk back in 2005 with a $300,000 government loan.

In later years, Hi-Tech Park grew to host more than 1,000 firms with 71,000 employees, responsible for annual exports worth $2.7bn. In addition, it sponsored the creation of 85 IT labs in Belarusian universities.

Last year, Tsepkalo announced a presidential bid, was banned from the race and eventually fled the country.

Since last August, dozens of major Belarusian IT companies and industry professionals have relocated to Ukraine, Poland, Lithuania and Latvia, taking advantage of fast-tracked visas or financial packages offered by those countries.

Over 3,000 Belarusian tech professionals have applied to Ukraine's Ministry of Digital Transformation since last summer, requesting permits to work in Ukraine. The Belarusian Crisis Centre in Lviv, Ukraine, says around 80% of Belarusian settling in Lviv are IT specialists, while others have been heading to Ukraine's capital Kyiv.

In 2020 alone, the Polish Investment and Trade Agency supported more than 4,000 visas for Belarusian IT workers. The agency says that 30 Belarusian IT firms have established Polish offices with 1,800 employees and investments of $76.8mn.

Lithuania has seen over 40 Belarusian companies relocate to its territory. Meanwhile, Belarusian firms plan to move more than 2,000 IT specialists and their families to Lithuania.

"Most of the founders I know left already," Alex Shkor, the founder of the blockchain company DEIP, was quoted as saying by the Washington Post.

"We realised that we could be next, so me and my co-founders had to escape and leave the country really fast," he added. "We are now in exile from Belarus. We cannot go back."

Shkor moved to Poland last year after his friend, Alexei Korotkov, head of artificial intelligence start-up MakeML, was jailed. Both had taken part in the huge demonstrations against Lukashenko, protesting against the outcome of the rigged election.

The tech brain drain from Belarus has been noticeable since the police attacks on protesters last August, but it has apparently sped up this summer, according to Andrey Stryzhak, who helped create the BYSOL Foundation, which raises funds for victims of repression in Belarus.

Before last year's presidential election, there were hopes that the rising global prominence of Belarus' IT industry could gradually lead to the opening up of the country's state-dominated economy.

Indeed, some established players in the global IT industry, including EPAM, Wargaming, Flo Health and Synesis Group, bought by Japan’s Rakuten for $900mn in 2014, come from Belarus.

But those hopes were crushed last summer, and the tech exodus from Belarus continues.

In June, Dmitry Gurski, co-founder of Flo Health, a popular women health app with more than 170mn downloads, announced that he had moved to London. His company also set up an office in Lithuania.

MTS AI, the artificial intelligence arm of Russian telco MTS, is launching an international acceleration programme and venture fund to invest in AI startups across the world.

Russian mobile operator MTS to invest $100mn in AI startups across the world
19 hours ago
Croatia’s Span starts trading after first IPO by local IT company on Zagreb exchange in 18 years
4 days ago
Russian Softline pursues international expansion in Baltic states, Belarus, Egypt
4 days ago
Connections Consult is fourth software producer listed on Bucharest's AeRO market this year
4 days ago
In a first, US sanctions Russian crypto exchange linked to ransomware
4 days ago