BALKAN BLOG: Countdown for Serbia to choose between Russia and the West 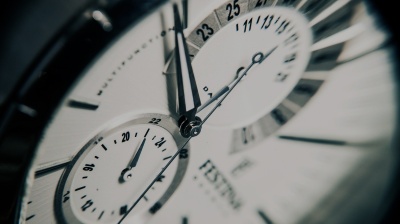 For years Serbia’s President Aleksandar Vucic has pursued a four-pillar foreign policy where he has balanced Belgrade’s relationships with the EU, the US, Russia and China. Now, however, time is ticking as on February 23 he pledged to make a decision on whether to join EU sanctions on Russia within 48 hours. The clock runs out at 6pm today, February 25, when Vucic says he will address the nation and finally set out Belgrade’s position.

In most of Southeast Europe – which includes four EU members and seven Nato allies – politicians have condemned Russia’s recognition of the Ukrainian separatist republics of Donetsk and Luhansk followed by the Russian invasion of Ukraine in the early hours of February 24.

Serbia, meanwhile, has professed its neutrality, in line with its long-term policy of military neutrality, which has served it well – until now. It’s increasingly lonely in this position as even Russian President Vladimir Putin’s friends in Europe, leaders such as Hungarian Prime Minister Viktor Orban, have condemned the invasion. Only hardliners such as Bosnian Serb leader Milorad Dodik and far-right members of Montenegro’s Democratic Front are still refusing to condemn Russia’s actions.

After the European Union slapped tough sanctions on Russia on February 22 – which were followed by an even stricter batch after the invasion on February 24 – European Commission spokesperson for Foreign Affairs Peter Stano told Serbian Voice of America that Brussels expects candidate countries (which include Serbia) to align with Brussels’ decisions.

Vucic held a meeting with diplomats from the ‘Quint countries’ (France, Germany, Italy, the UK and the US) as well as the EU on February 24, and reiterated afterwards that he would announce his decision within the self-imposed deadline.

Earlier he had said that Serbia is under heavy pressure to take a position on the attack on Ukraine and harmonise its foreign policy with that of the EU.

Coming down firmly on either side would be a departure from Vucic’s long-held ‘four pillars of foreign policy’ strategy.  As bne IntelliNews’ Serbian correspondent argued in April 2020, “Serbia’s long-lasting goal [is] to be an EU family member, the US’ friend, China’s brother and Russia’s kid all at the same time”.

In practical terms this has meant that Serbia has benefited from trade and investment with all four – though it’s worth noting that the EU accounts for around 60% of its international trade and four of its top export destinations, according to the latest figures from the statistics office, are EU countries; the fifth is Bosnia & Herzegovina and Russia is in sixth place. This multi-vector foreign policy served Serbia particularly well at the start of the coronavirus (COVID-19) pandemic, when it received aid from all four quarters, and later managed to secure vaccines from numerous sources. It was so successful with the latter that Belgrade started distributing vaccines to other countries in the region.

Friendly relations with Russia also enabled Vucic to strike a deal with Putin to continue buying Russian gas at just $270 per 1,000 cubic metres for an additional six months after its contract expired in November, much lower than many other countries in the region are paying. The six-month grade period conveniently takes the ruling Serbian Progressive Party (SNS) safely past the parliamentary and presidential elections due to take place in April.

Within the country, this political balancing act has helped Vucic’s SNS to stay in power for the last decade, as it allowed it to win over those on the right and far right who see Russia as Serbia’s main ally and defender following the loss of Kosovo, as well as those who want to see Serbia join the EU. The problem is, whenever Serbia takes a decisive move in either direction, the government faces a backlash from the other section of its supporters.

The need to pick a side could hardly have come at a worse time for Vucic as he and the SNS seek re-election in April. The pre-election period is already shaping up to be a stormy one as environmental protesters have been holding mass protests for months and have threatened to disrupt the vote unless the government outlaws mining for lithium.

Siding with Nato against Russia would be unacceptable to many Serbs, who still remember the Nato bombings of 1999 and are bitter over the loss of Kosovo, which unilaterally declared independence from Serbia in 2008. This message is heavily promoted in the Serbian media; as bne IntelliNews reported recently, the pro-Russian slant in the majority of Serbia’s media is very obvious in the context of the ongoing crisis over Ukraine, to the extent that the Ukrainian embassy to Belgrade called a press conference recently to refute some of the reports.

A hint of the political backlash to come if Vucic opts to join sanctions on Russia came from Ivica Dacic, parliament speaker and leader of the Serbian Socialist Party. Speaking to RTS on February 24, he argued that Serbia should continue to act in a “balanced” way.

"Serbia should take into account its national and state interests. Serbia must not simply join the condemnations, sanctions, especially since the countries that demand that from Serbia were not correct when our country was attacked in 1999, when Kosovo was occupied militarily,” said Dacic.

This isn’t the first time Serbia has come under pressure from western politicians to drop its balancing act and pick a side. The US’ then deputy assistant secretary of state for European and Eurasian affairs, Hoyt Brian Yee, quoted an old Serbian saying back in 2017, telling Serbs: “It is not possible to sit on two chairs at the same time.” The comment didn’t go down well in Serbia, and there was no policy shift from Belgrade.

But with Russia’s invasion of Ukraine, the world has changed. Yugoslavia may have been a leader of the non-aligned movement in the last Cold War, but as western nations close ranks against Russia, they have indicated this time Serbia must opt for one camp or the other.

BALKAN BLOG: How to keep the EU accession dream alive

BALKAN BLOG: What living without Russian gas would mean for Moldova

BALKAN BLOG: How to keep the EU accession dream alive
BALKAN BLOG: Lavrov’s Belgrade visit cancelled but the damage is already done
BALKAN BLOG: What living without Russian gas would mean for Moldova