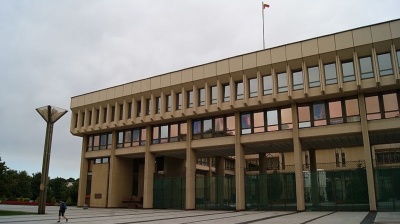 22 millionaires have submitted the required documents to participate in Lithuania’s general election slated for October 11. Ramunas Karbauskis, leader of the ruling Lithuanian Farmers and Greens Union (LFGU) is at the top of the list with €24.3mn in assets, valuables and cash, excluding lent and borrowed funds, Lithuania’s Central Election Commission said on September 10.

He is followed by Australia-born Antanas Guoga, representing the Labour Party, and Remigijus Lapinskas, leader of the Lithuanian Green Party, with €17.3mn and €6.9mn respectively.

The LFGU also leads in terms of the total value of candidates' assets (around €45.2mn), followed by the Labor Party (around €32.6mn) and the conservative Homeland Union – Lithuanian Christian Democrats (ca €20.8mn).

The Lithuanian People's Party has the lowest total value of candidates' declared assets, standing at around €2.3mn. It is followed by the Way of Courage party with some €3.6mn and the Union of Generational Solidarity-Joint Action for Lithuania with some €4.2mn.

The Electoral Action of Poles in Lithuania – Christian Families Alliance, the Freedom and Justice party, the Union of Generational Solidarity-Joint Action for Lithuania have one millionaire candidate each, and another two candidates with assets over €1mn are running for parliament as independents.

93 candidates stated they have no assets at all, Lithuania’s Central Election Commission stated.

Lithuanians will elect a new 141-seat parliament on October 11, with 70 lawmakers to be elected under political parties' lists and another 71 to be elected in single-member constituencies.

An Estonian ferry tragedy that killed 852 people in 1994 out in the Baltic sea was likely not caused by hull damage to the vessel that was first revealed in a documentary this year, experts concluded ... more

Estonian President Kersti Kaljulaid has condemned a statement about sexual minorities made by Interior Minister and leader of the Estonian Conservative People's Party (EKRE) Mart Helme, saying it was ... more

Following the sensational claim that the MS Estonia ferry had sunk due to a collision with a submarine back in 1994, the Estonian government said on October 1 that Estonia possesses the capability to ... more