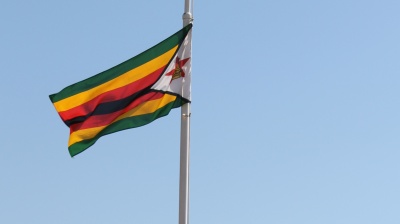 Zimbabwe has become Africa’s first country to approve the use of a long-acting injectable drug that can prevent infection with HIV, according to reports.

The Medicines Control Authority of Zimbabwe announced on October 17 that it had endorsed cabotegravir (CAB-LA) as a pre-exposure prophylaxis (PrEP) for HIV prevention.

Research, state-owned daily The Herald reported on October 19, has shown that CAB-LA injections every two months are safe, well-tolerated, and highly effective in reducing the risk of HIV acquisition among men who have sex with men, as well as transgender and cisgender women.

"WHO welcomes the news that Zimbabwe has approved the use of CAB-LA, which will pave the way for its use, providing more safe and effective options for HIV prevention," she told News24, a South African publication.

Nyasha Sithole, from the Development Agenda for Girls and Women in Africa Network in Zimbabwe, said according to News24 that the drug “will contribute to our basket of HIV prevention tools that work for us as girls and women in Zimbabwe."

WHO said in a July 28 release that studies found that use of CAB-LA resulted in a 79% relative reduction in HIV risk compared with oral PrEP, where adherence to taking daily oral medication was often a challenge.

However, ClinicalInfo, a service of the U.S. Department of Health and Human Services notes a number of possible side effects of CAB-LA. They include extreme tiredness, muscle or joint aches, fever, blistering or peeling skin and blisters or sores in the mouth.