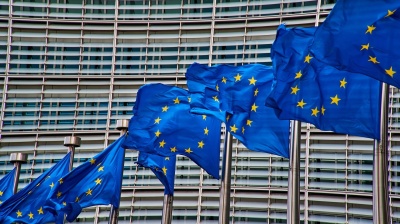 Milorad Dodik, the Serb member of Bosnia & Herzegovina’s tripartite presidency, has warned that if the country does not get EU candidate status this week along with Ukraine, he will pull out of an agreement made earlier in June between most Bosnian top politicians to jointly work towards EU membership.

Bosnia hopes to secure EU candidate status along with Ukraine and Moldova at the EU Council meeting this week but the indications are the country has not made enough progress.

While Ukraine is making a sincere effort to meet the conditions for EU candidate status during a state of war, Bosnia's politicians have done little to fulfil conditions that were set years ago, the head of the EU Delegation in the country, Johann Sattler, said on June 21.

His statement comes amid calls by Slovenia and Croatia that Bosnia should get candidate status along with Ukraine.

Sattler said, as quoted by N1, that the EU is not satisfied with Bosnia’s progress in terms of EU integration. However, EU ministers will discuss the status of country this week. According to Sattler, Bosnia could have a chance at securing candidate status, particularly due to geopolitical changes and Russian war in Ukraine.

Sattler urged Bosnian politicians to work on the country’s progress towards EU membership in the next three months before the general election scheduled for October 2.

The EU special representative compared Bosnia and Ukraine, saying that Kyiv has managed to amend anti-corruption laws during the state of war in its efforts to become an EU member.

On the other hand, Bosnia applied for EU membership seven years ago but has made little progress since then.

However, Sattler said that granting Bosnia EU candidate status would be a signal to the population and not to politicians.

Meanwhile, Dodik said that if the country does not get candidate status he will pull out of an the agreement sealed earlier in June between most Bosnian top politicians.

“The meeting in Brussels was motivated by Charles Michel's desire to offer the European Council a certain agreement between BiH politicians. I still stand behind it. If we get the candidate status, everything that was agreed there should be fulfilled. If there is no candidate status for BiH, the agreement in Brussels dies,” Dodik wrote on Twitter.

The document was accepted by twelve political leaders present, while two refrained, including the leader of the Party of Democratic Progress (PDP), Branislav Borenovic, and the Democratic People’s Union (DNS), Nenad Nesic. Dodik, whose SNSD party is in power in the Serb-dominated Republika Srpska, was among those who accepted the document.

According to the document, the political leaders agree to preserve and build a peaceful and stable state comprised of Bosniaks, Croats and Serbs as constituent peoples. This came a few days after Dodik said that Republika Srpska is delaying by six months its secession plans due to the war in Ukraine.

The leaders also agreed to work on reforms that would grant Bosnia EU membership candidate status, as well as to align their foreign policy with that of the EU. There were disputes in local media as to whether that means that Bosnia will finally back sanctions against Russia. Dodik has been opposing sanctions since the start of the war, and spoke out strongly against the sanctions during a recent visit to Russia.