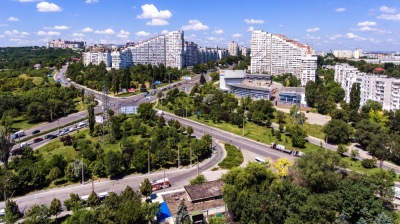 Since the shock of a MDL41bn banking fraud, the Moldovan government has belatedly started to clean up the sector.
By Ben Aris in Budapest May 15, 2019

The following is extracts from a podcast with Corneliu Munteanu, the special advisor to the president of Moldova and head of strategic planning at the country's biggest bank, Moldova-Agroindbank (MAIB).

Following the shock of the $1bn stolen from the banking sector in 2014, the government has got its act together and is transforming the business, with some help from the European Bank for Reconstruction and Development (EBRD).

Corneliu Munteanu: Moldova has a new banking strategy. The last strategy finished in 2017 and the biggest bank in the country, MAIB, is preparing a new five years strategy at the behest of the EBRD, which bought a 42% stake in MAIB last year and is now the biggest shareholder in the bank. 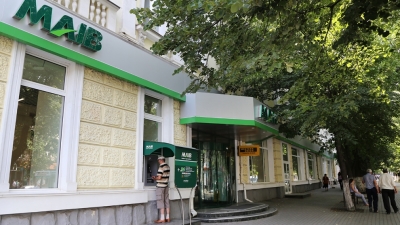 We have banking fraud, but we need to divide it into two: the $1bn stolen [in 2014] and another $20bn in money laundering. This is the main bank fraud. Our banking sector participated in this and we are not happy about it. The government is trying to recover some of the $1bn and the government reports on it every day, but to be honest they have not recovered much.

In 2017 Moldova started to introduce BASEL III. Before that the National Bank of Moldova didn't have a lot of instruments to stop or influence the market. Now since 2016 we have jumped from Basel I to III and it has a lot of new instruments so that it can intervene when it sees something it doesn't like.

I don't want to say if someone is guilty or not, but before the National Bank was not able to intervene in the sector. Now we have a lot of new legislation on banking which are already working and these gave the National Bank the tools it needed.

There is no possibility for a repeat of the massive bank fraud. But it will take some time [to clean up the sector] as these Commonwealth of Independent States (CIS) countries [that Moldova does business with] are still connected to bad money. But we have new institutions that follow each transaction and will stop or freeze any transaction that is questionable.

Russia is still a problem as we still have business with Russia. But we are changing. We suffered three embargos on trade with Russia since 2017 and one of them was a full embargo [banning all trade between the two countries]. This was a shock to our exporters who were not ready to reorient to western markets. It took them more than two years to get ready for the European market.

bne IntelliNews: how much damage did the theft of the $1bn do to the banking sector?

CM: We had to cover this $1bn that went missing and cover this hole. This was a state intervention that issued bonds for 90-days, one-year, three-years and last year we had for the first time in our history a five-year bond.

The yield on these bonds was up to 26%. Image a bank investing into these bonds: you can sit at home and put your feet up and receive high profits. This is not healthy. But we had to deal with reality and issue these bonds.

Now the state is still issuing bonds, but at less than 5% so the banks are reorientating to the real economy. The main activity of the banks should be financial intermediation.

We had a bad situation. The banks didn't want to invest and the credit activity was shrinking for the last two years, but now the tendency is for credit activity to begin to increase and the banks are going back to normal activity.

Remittances are more than $1bn per year, which is a huge amount of money and this is just official data. The estimate is another $1bn comes in unofficially. We spend more than we earn – because of this money that comes unofficially. We are an agricultural country but we are exporting labour and human capital.

bne: Has Moldova turned the corner?

CM: Absolutely right. The political actors recognise and understood that you cannot play about with the banking sector. It's a core sector and if it is not working then the whole economy suffers. That is why they gave the National Bank these tools and its independence.

We also have a non-banking sector that grew 42% while the bank sector grew by only 6%. It’s very unusual. But this sector is not regulated and is a problem.

But on a positive note we have a new strategy for financial education and it is needed. When [the population] understand better they will assess the banks and decide which banks are healthy and in which banks they should put their money.

This article is based on a bne IntelliNews podcast. Listen to the full interview here 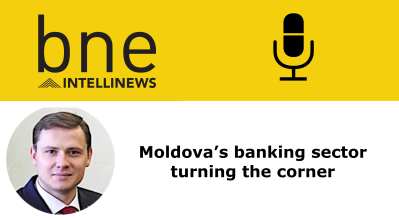 No enthusiasm for July 15 election in North Macedonia amid relentless coronavirus epidemic
1 day ago
Mongolia to go ahead with Naadam festival, but with no tourists
4 days ago
Protests pose unprecedented threat to Turkmenistan’s authoritarian government
4 days ago
Profits of Ukraine’s banks still ahead of last year, but first signs of crisis impact visible
5 days ago
Suma Chakrabati leaves the EBRD a greener bank
8 days ago