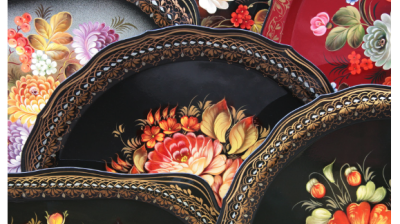 The COVID-19 pandemic may actually strengthen Central and Eastern Europe's position in the EU if their leaders are not tempted to use the increased economic clout from a quick recovery to move further away
By Marek Belka and Piroska Nagy-Mohácsi of the LSE June 16, 2020

The coronavirus (COVID-19) pandemic may actually strengthen Central and Eastern Europe in relative economic terms to the rest of Europe, argue Marek Belka and Piroska Nagy-Mohacsi (LSE), with Poland being one of the big winners. However, the nationalistic leaders that run several of these countries may use their extra clout to distance themselves further from Europe rather than move closer.

One of the surprising results emerging from the coronacrisis is that the countries of Central Europe have on the whole coped with the pandemic and its economic shock better than most of the more developed markets in Western Europe, the academics claim, and that will accelerate the closing of the gap between old and new Europe.

And this is not just a one-off. In the previous crises the countries of Central Europe have also outperformed. During the 2008 global meltdown Poland won the distinction of being the only country on the Continent that did not go into recession, and earned itself the “glorious title of green island,” says Belka, who was governor of the Polish central bank 2010 and 2016.

“The immigration crisis of 2015-16 shook Mediterranean Europe politically and economically, but the spill over into the CEE region was only political – deplorable as it was – and not economic. To the contrary, notwithstanding the anti-immigration rhetoric of the Polish far-right government, in fact it has allowed for a massive inflow of seasonal (and not that seasonal) workers from Ukraine and other emerging economies in the face of emerging labour shortages in Poland,” the authors said in a blog hosted by the London School of Economics (LSE). “Hungary too has welcomed guest workers while maintaining anti-migrant rhetoric. But migration-related social tensions in Poland are almost non-existent, while the economic advantage is enormous.”

The whole Central and Eastern Europe (CEE) region has just come to the end of a protracted five-year-long boom and enters the post-COVID-19 recovery phase well stocked with resources and having put many major reforms into place. Poland, Hungary and several other CEE countries were all growing by over 4% in 2019 and that momentum will help carry them through the more difficult conditions prevailing now.

In addition to reacting quickly to the appearance of the virus in their countries, the governments have enacted large stimulus programmes. The Polish government has allocated over 15% of GDP to revive its economy and other countries have smaller, but still sizable, programmes.

However, the region has suffered from a blight of nationalism that threatens to squander the economic progress the CEE countries have made.

“Now the economies of the CEE are being reopened and normal life is gradually being restored. Politics do matter, however: in Poland, the fight against COVID-19 and its economic aftermath has been contaminated by the political scheming of the government, which had pushed for a presidential election amid the height of the pandemic. They expected to easily win it due to national mobilisation around the virus. In Hungary, the government introduced a state of emergency (a form of martial law) in March, which many observers consider a quasi-authoritarian power grab,” the authors say.

Nevertheless, the tendancy to nationalism may be mitigated by increasing prosperity. And the CEE countries are well placed to gain in the post-COVID period.

“Firstly, the CEE region, with its decent public debt situation, is able to afford a powerful fiscal stimulus which lessens the fear of long-term destabilisation. Secondly, the ECB’s strong monetary stimulus increases the monetary space the region’s central banks can use without immediate risks to inflation and exchange rate volatility,” argue Belka and Piroska Nagy-Mohácsi, a macroeconomist and the Programme Director of the LSE Institute of Global Affairs.

“Thirdly, close economic links to the EU’s [largest] economy, Germany, can help when the expected onshoring of production from China takes place. Indeed, the CEE region may actually take over some of the manufacturing from Asian production centres in the future. Lastly, the recently announced EU recovery funds, including the Next Generation EU, are set to allocate large money transfers to leading CEE countries such as Poland or Hungary, equivalent to around 10% of their GDP, even though they have been less affected by the pandemic so far,” the authors add.

Belka and Nagy-Mohácsi say the danger is that while most professional forecasts predict the recession in CEE will be shallower and shorter than in most other places, the leaders of these countries may use their increased autonomy to move further away from Europe rather than exercise their increased clout by moving closer to it.

“If this is so, it would be a tragic waste of an opportunity for Poland, and the CEE region in general, to turn to more nationalism and deliberately marginalise themselves in the European Union, instead of taking a more prominent role in leading it,” Belka and Nagy-Mohácsi conclude.

VISEGRAD BLOG: Czech vote of no-confidence could be a cliffhanger