Uzbekistan hit twice in a week by Ukraine war sanctions 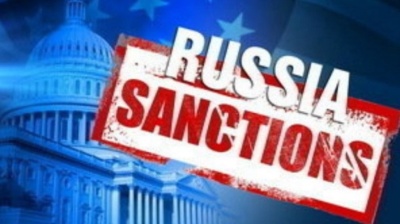 Twice this week, Uzbekistan has suffered damage as a result of US sanctions aimed at Russia’s economy.

Tashkent has lost a bank deal while also taking a blow from American sanctions enforcers pointing the finger at a company said to have supplied microchips bound for Russian defence contractors.

The week got off to a bad start when Russian private lender Sovcombank said on June 27 that Ukraine war sanctions had thwarted its efforts to buy Uzbek state bank Uzagroexportbank.

"Unfortunately, due to the fact that sanctions were imposed on us, as with practically all systemically important Russian banks, implementing the project in the current conditions has become impossible," Interfax quoted Sergei Khotimskiy, first deputy chairman of Sovcombank's board, as saying.

Sovcombank was placed under US sanctions on February 24, the day Russia sent tens of thousands of troops into Ukraine. Measures from other jurisdictions soon followed as Western states sought to isolate Russia's financial system.

In February this year, Sovcombank won a public tender organised by Uzbekistan’s State Assets Management Agency (SAMA) to acquire 100% of Uzagroexportbank for $4mn.

Eurasianet reported that the collapse of the planned acquisition deals a blow to Tashkent’s bid to reduce the state’s massive footprint in Uzbekistan’s banking sector, as part of a privatisation drive under which many flagship companies are up for sale.

June 18 brought more bad news for Uzbekistan on the sanctions front when the US Department of Commerce placed secondary sanctions on Uzbek company Promcomplektlogistic.

The department’s Industrial Safety Bureau said it suspected the firm was engaged in supplying enterprises of the "military-industrial complex of Russia".

The targeting of Promcomplektlogistic marks the first time a Central Asian company has fallen under secondary sanctions related to the Ukraine conflict.

The measures were announced as part of a substantial declaration of US restrictions aimed at 36 companies in nine countries, including China.

The US State Department contended that Promcomplektlogistic, listed as a ground transportation company, supplied microchips and other electronic parts to Russian company Radioautomatics, an enterprise that came under US sanctions on March 3 as a provider of foreign components for Russian defence enterprises.

Given its place on the sanctions list, Promcomplektlogistic will lose access to "dual-use" goods and technologies supplied from the US.

"Today's move [that sanctions 36 companies] sends a powerful signal to businesses and people around the world: if they want to support Russia, the United States will cut them off [from technology supplies]," said US Deputy Trade Minister Alan Esteves.