Uzbekistan after the storm 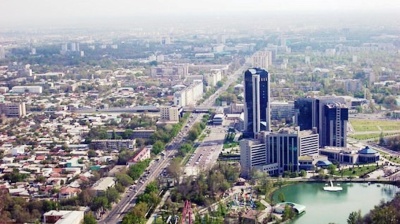 One of the best performers among the emerging Europe economies in 2020, Uzbekistan managed to exceed expectations last year and is now heading for robust growth in 2021. A V-shaped recovery will support incomes and job creation, and resolve any lingering impact in the banking sector, said Deputy Finance Minister Odilbek Isakov in an interview with bne IntelliNews focussed on Uzbekistan’s financial stability and future growth prospects.

Uzbekistan’s economy grew by 1.7% in 2020, making it one of the few economies in the region to achieve positive growth. The figure exceeded both the Uzbek government’s expectations and those of international financial institutions (IFIs). Isakov points out that while the two lockdowns in 2020 hurt the economy, its diversified character helped because some sectors remained active even at the height of the pandemic. “Agriculture is one third of the economy and did function because there is less risk of COVID in the open air. Second, we ensured that manufacturing companies remained open during lockdown. Sectors such as metals and mining, power and utilities, oil and gas are the backbone of the economy.” Car manufacturing also grew and domestic sales of new cars increased, at least partly because while remittances remained at a solid $6bn, some of the money saved on large weddings (banned during the lockdowns) was spent on other big ticket items like cars.

To cover the additional costs related to the pandemic – including building hospitals and buying equipment and medication to treat coronavirus (COVID-19) patients – Uzbekistan set up a $1bn anti-crisis fund, which was later increased by $370mn. The fund also supports the economy by providing liquidity and other support to businesses. That includes some of the major utility companies which helped the population during last year’s lockdowns by allowing customers to delay payments, but which are now struggling with liquidity themselves as a result.

Banks have similar issues, as they too allowed customers to defer loan repayments during the lockdowns last year, while both the government and the central bank have supported the banking sector to maintain its liquidity.

Overall, says Isakov, banks’ liquidity levels remained “quite good”, although the crisis did have an impact on the non-performing loan (NPL) ratio, which rose from 2.3% in Q1 2020 to a still modest 3.6% a year later. Historically, the NPL ratio in Uzbekistan is very low. Most retail loans are covered by salary payments; only around half of the population have bank accounts, and those that do have regular salaries paid into them. On the corporate and SMEs side, banks always demand collateral when extending loans.

“The NPL figure shows there’s some deterioration of the assets,” says Isakov, but argues that “overall, 3.6% is quite good” and points out that banks' assets grew during the same period. He expects banks to work through any problem loans without difficulty because of the growing economy and healthy sector capitalisation levels.

The Uzbek government anticipates growth of 5% or more this year. Some estimates such as those from JP Morgan and Standard & Poor’s are even more positive. “Even 5% plus means a V-shaped recovery and that will solve quite a lot of problems. When the economy is growing jobs are created and income levels rise, which will help the banking system eventually,” says Isakov.

The coronavirus is believed to have ripped through the population in Tashkent and surrounding areas in summer 2020 and among the rest of the country in the autumn, though this is not reflected in the official statistics – to a large extent because among the youthful population many cases were light or asymptomatic.

“By the end of Q3 2020 and in Q4 life got back to normal. Universities and schools, most businesses and restaurants opened, which helped the Q4 GDP and budgetary revenue to be much higher than expected,” says Isakov.

He stresses the importance of vaccination, given that life in countries with a high level of vaccination is already getting back to normal. “Vaccination is the solution,” he says. “We are actively pushing to get people vaccinated. We started with the over 65s and frontline workers. Now anyone 18 or over can get vaccinated and we have ensured there are many places to do this. There are even rooms to get vaccinated in the bazaars. That is really speeding up the effort but there is resistance, conspiracy theories.” Over 5mn doses have already been administered.

As of mid-July 2020, there were some visible signs of the pandemic in Tashkent, for example widespread wearing of facemasks and short opening hours for cafes and restaurants, but economic activity was continuing. However, there may be problems ahead with shortages of inputs, which have already affected sectors such as car manufacturing in other countries. “[Companies] will get impacted this year,” forecasts Isakov.

Tashkent had anticipated an overall fiscal balance deficit at close to 7% for 2020, but by the end of the year it stood at only 4.5%, helped by the rebound in Q4. (Uzbekistan distinguishes the consolidated budget from the overall fiscal balance, which includes the Uzbek Fund for Reconstruction and Development (UFRD), Uzbekistan’s sovereign wealth fund.)

This year’s borrowing is planned at $5.5bn equivalent in the budget law. $0.5bn is treasury bonds and bills (local borrowing) and $5bn is external, of which $3.3bn will be investment expenditures, and IFIs are working on projects such as roads and projects with social impact.

“We want to achieve a balanced consolidated budget by 2023. We are hoping the overall fiscal balance [will] remain under 3%. It could become zero but we don’t foresee this in the very near future,” says Isakov.

Discussions are also underway on the future of the UFRD. “There is a common understanding that we need the fund and need to keep this fiscal buffer, and that’s something rating agencies list as a key financial strength of Uzbekistan … but we also have to think about what would be the most efficient way of managing the fund. It’s difficult to act like stability fund or buffer as well as a development bank,” says Isakov.

Out in the open

An important ongoing change with implications for both budget revenues and more broadly transparency in the economy is the government’s effort to increase fiscalisaton. Bringing companies out of the shadows has potentially large implications for the economy; one local think tank has estimated the size of the shadow economy at around an extra 55% on top of the real economy.

According to Isakov, the fiscalisaton process has been going “very well”. He cites data showing consolidated budget revenues reached UZS178 trillion ($16.8bn) in 2020, up from UZS160 trillion the previous year, an increase of 12% that was achieved despite the pandemic. In the first half of 2021, numbers were up by a further 28% year on year, or close to 20% adjusted for inflation. This is partly because budget revenues are very diversified; even while many shops and restaurants closed were closed, Uzbekistan still benefited from high prices of gold and copper, which helped to cover the shortfall from services in particular.

However, according to Isakov, there are other reasons too. “The tax administration is working, the tax code is working, more and more firms moving to the formal from the shadow economy, which also helps,” he says. “Now taxes are quite low, companies don’t need to be in shadow economy. Many firms are thinking of expansion and if they want to get credit from the bank they need tax receipts. The carrot is building credit history; the stick is that if you avoid tax there are consequences.”

As economies start to recover from the coronacrisis, there are signs that emerging markets and low income countries are struggling to cover the required expenditure, as pointed out by economists.Many such countries are already constrained fiscally, and some have a build-up of sovereign debt problems that will hold back efforts to support the recovery.

Despite a modest increase in Uzbekistan’s external debt in 2020, and the higher budget deficit, the country’s fundamentals are solid, and it has managed to use the resources at its disposal to get through the tough times in 2020 and embark on its recovery.

Russia has been accused of cutting gas supplies to Europe to force the EU to certify its new Nord Stream 2 pipeline, but most of the record-breaking prices can be explained by steep V-shaped market forces and ageing fields and pipelines.

Russia’s retailed equity boom is gathering momentum and it is, like elsewhere, increasingly being driven by social media, according to a survey carried out by VTB Capital called “To the moon: Scoring social stock sentiment."

Geneticists say the popular vegetable was first domesticated in the region.

Shurnukh: face to face with the enemy in Armenia’s newly divided border village

Villagers endure loss of livestock that wander across new frontier and frustration of knowing that reaching the rest of their country by road means crossing into Azerbaijan.