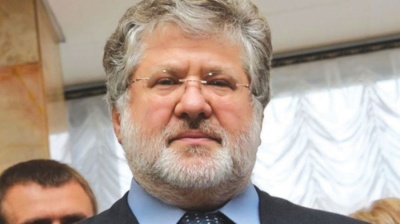 Kolomoisky's been blocked from unfreezing $2bn in assets.
By Ben Aris in Berlin October 15, 2019

Ukraine’s state-owned PrivatBank has won a case blocking oligarch Ihor Kolomoisky and his partners from unfreezing $2bn in assets that were seized by a London court in 2017, as part of the bank’s efforts to recover more than $7.2bn looted from the bank under its old ownership.

The ruling means that Privatbank, which is pursuing a raft of legal suits against the oligarch, can go ahead with $3bn worth of claims against Kolomoisky in UK courts.

Privatbank is fighting another case in the US where it claims Kolomoisky laundered over $470bn through shell companies in the state of Delaware.

The Court of Appeal in England and Wales has been considering an appeal by largest Ukrainian lender PrivatBank against a first instance decision on a discrepancy in the jurisdiction of the bank's claim against ex-owners, oligarchs Kolomoisky and Hennadiy Bogolyubov, after the same court ruled in December 2017 to freeze $2bn worth of worldwide assets of the former owners, including six companies controlled by Kolomoisky and his partner Bogolyubov, worth more than $2.5bn. The court also established a weekly limit of £20,000 on Kolomoisky’s personal expenses.

Kolomoisky’s lawyers failed to persuade the English Court of Appeal (COA) that fraud claims brought against the pair by PrivatBank should not be litigated in the UK jurisdiction.

PrivatBank is now free to pursue a lawsuit claiming that Kolomoisky perpetrated fraud on a massive scale by using shell companies owned by the shareholders to empty the bank of money in a scam first exposed in detail by bne IntelliNews in a cover feature “Privat investigations” in November 2016. The story caused such a scandal in Kyiv that the National Bank of Ukraine (NBU) nationalised Privatbank a month later.

Following the state’s takeover, the NBU found that 99% of the loans on the bank’s books were fake and had to pump more than $5bn into the bank to rescue it from collapse. The new Privatbank CFO Anna Samarina told bne IntelliNews in an interview in June that the bank has updated its estimate of what it calls “fraud loans” to UAH200bn, or $7.6bn, more than the initial NBU estimate of $5.5bn. While the levels of non-performing loans (NLPs) in Ukraine recently fell to below 50% for the first time in years as the sector returns to profit, Privatbank remains one of the most heavily impaired banks in the country with NPLs of more than 80% of its loan book.

Kolomoisky’s relentless quest to either get his bank back or at least force $2bn of compensation from the state is causing Ukrainian President Volodymyr Zelenskiy real problems as the issue of the denationalisation of the bank has become a “red line” for the International Monetary Fund (IMF), which has suspended its talks with the government on a new Extended Fund Facility (EFF) until there is some clarity on the fate of the lender.

Zelenskiy fluffed the question when asked during his recent marathon press conference, saying it was a case for the courts to decide. The Kyiv Economic Court was supposed to rule on the legitimacy of the nationalisation on October 9, a day before the Zelenskiy press conference, but delayed the decision, which will be made in a closed session, until October 17.

Lawyers representing the bank in the case told the Kyiv Post that the judge in the case is “heavily biased” in favour of Kolomoisky and it is widely expected that he will win.

The London ruling will also maintain the worldwide asset freeze on Kolomoisky and his partner’s assets while the case continues in the UK.

The new ruling overturned a December 2017 judgment by the lower High Court, which ruled that British jurisdiction did not apply to PrivatBank’s claim, reports the Kyiv Post.  The bank’s lawyers successfully argued that three English companies and three firms registered in the British Virgin Islands were instrumental in the alleged fraud. According to an initial summary of the COA judgment, shared with the Kyiv Post by lawyers close to proceedings, the lender is now seeking to recoup $3bn from its former owners.

The claim’s principal amount was $1.9bn initially, growing to $2.6bn with interest as proceedings in England got under way. Interest has been accruing at $500,000 per day since then.

The Court of Appeal also denied Kolomoisky the right to appeal its decision, but that doesn't rule out an appeal to the UK’s Supreme Court, which is rarely used.

The Kyiv Post listed the key decisions by the court as including:

The English Court has jurisdiction over the claims brought by PrivatBank, and has jurisdiction to hear the bank’s claims against Kolomoisky and Boholyubov, despite their claim to be domiciled in Switzerland. The bank is entitled to sue English companies in England.

PrivatBank can claim for $1.9bn plus interest. The Court of Appeal confirmed that the bank could pursue the full loss amount that it claims was caused by the alleged fraud, which is $3bn (including interest).

A worldwide order freezing the assets of Kolomoisky and Boholyubov should remain in place.

“We are delighted with the ruling of the Court of Appeal, that this morning confirmed the strength of PrivatBank’s legal position on all issues,” said Artem Shevalev, deputy chairman of the supervisory board at PrivatBank, as cited by the Kyiv Post. “Not only do we have the confirmation that the English court has jurisdiction over this case, but also the global freeze order over the assets of Kolomoisky and Boholyubov remains in place until the final judgement.”