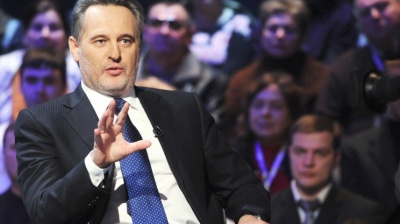 The Zelenskiy government is continuing its campaign against oligarchs and has imposed sanctions against Dmitry Firtash for trading titanium with Russia.
By Ben Aris in Berlin June 20, 2021

The government in Ukraine has imposed sanctions on oligarch Dmytro Firtash for selling titanium to Russian defence sector enterprises at a time when Ukraine was de facto at war with its north-eastern neighbour.

Under the Ukrainian constitution sanctions can only be brought against Ukrainian nationals on the grounds of treason. The Zelenskiy administration has also sanctioned pro-Russia opposition leader Viktor Medvedchuk, the head of the Political Council of the Opposition Platform, For Life Party and charged him with treason.

Ukraine's President Volodymyr Zelenskiy also took aim at Ukraine’s richest businessman, Rinat Akhmetov, during a three-hour-long press conference to mark the end of his second year in office on May 23. However, no charges or accusations of wrongdoing were levelled against Akhmetov personally; only very low taxes on his metal business were mentioned, which will be increased to end what was in effect an economic rent Akhmetov’s metal business was extracting from the state.

Zelenskiy launched a campaign against Ukraine’s most powerful businessmen with his oligarch speech in March and followed this up by drawing up an list of 13 oligarchs on May 12 and submitting a draft oligarch law at the start of June that will create a register of oligarchs and limit their ability to do business with the state.

“Kind of interesting that Zelenskiy seems to be giving up on anti-corruption institutions but going after specific high-profile oligarchs direct – Firtash, Medvedchuk, Fuks, et al,” said Tim Ash, senior sovereign strategist at BlueBay Asset Management. “Let’s see who is next.”

Firtash is currently trapped in Vienna, where he is fighting against an extradition order to the US, where he faces corruption charges. One of Ukraine’s most powerful oligarchs, Firtash has interests in media, gas and fertiliser production and made much of his money running gas trading schemes between Russia and Ukraine that allegedly siphoned off billions of dollar for both the Russian and Ukrainian elite.

More recently Firtash has come into focus domestically as part of the reforms to the gas sector. A new gas Gas Transmission System Operator of Ukraine (GTSOU) has been set up as part of the unbundling of Ukraine’s gas business, but Firtash controls the majority of the “last mile” gas distribution companies that connect households to the distribution system that has been taking gas and delivering it to home but without paying for it – a problem the government has been grappling with but so far has been unable to solve, Sergiy Makogon, CEO of GTSOU, told bne IntelliNews in an exclusive interview.

Formally Firtash has been sanctioned because of his titanium business and deliveries of titanium traced to military manufactures in Russia, the head of Ukraine’s National Security and Defence Council, Oleksiy Danilov, told reporters in Kyiv on June 18. Firtash faces a full scope of sanctions, he said, without providing any details, reports Bloomberg.

Firtash was arrested in Vienna in 2014 on US charges that he led a conspiracy to win a deal in India. He posted $174mn in bail and pledged to remain in Austria during extradition proceedings. The US Justice Department has described Firtash as an associate of “Russian organised crime.”

Firtash has denied all wrongdoing. His aides argue the allegations are politically motivated, designed to keep limit his political influence in Ukraine. In years of court battles, Firtash’s legal team has successfully beaten back US efforts to bring him to trial in Chicago, and his extradition is on hold.