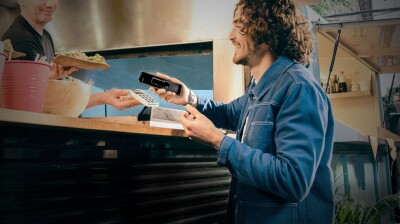 British fintech firm Curve has established a new office in Vilnius, which, along with a local subsidiary, will help its Brexit-wary and weary European customers to prepare for the end of the Brexit transition period.

Curve founder and CEO Shachar Bialick says the company considered Ireland, Luxembourg and the Netherlands among the options for setting up its European base, before hunkering down in Lithuania.

“We chose Lithuania as a gateway to Europe because of the ease of business there, its welcoming culture and world-class AML standards,” he said.

The fintech’s new Vilnius office will be more than just a corporate shell; it will house Curve’s AML, compliance and risk management operations, with the startup looking at what other teams can be established there.

Reportedly, Curve missed out on the Banking Competition Remedies’ (BCR's) Pool E earlier this summer after its bid wasn’t selected, and talks of a £100mn upcoming fundraising have fallen silent in the last months.

The UK is approaching the end of its negotiations with the European Union, with December 31 being the end of the Brexit transition period.

Mohammad Javad Azari Jahromi, who brought 4G to the Islamic Republic, seen as siding with the country's youth.

Tax cut to incentivise further development of the IT industry, said PM Zoran Zaev. North Macedonia's IT industry grew 17% in 2016-2019.

The number of online transactions in Croatia between March and October 2020 increased by 34% year on year, while their value jumped by 38%, the Croatian National Bank reported.